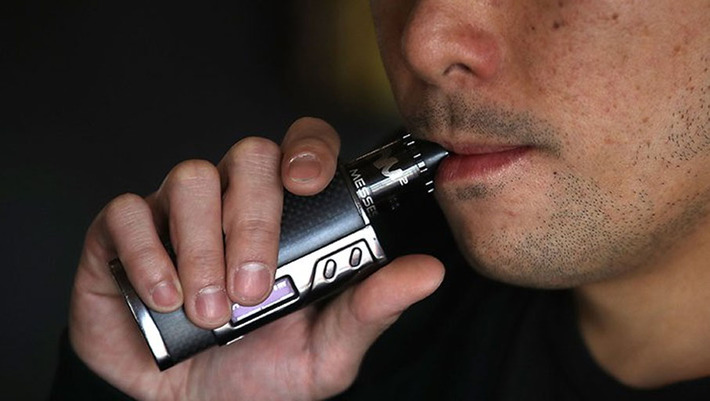 US authorities scrambled to find the link between vaping and the lung disease after a patient who had recently been vaping has died in the US after developing severe lung disease, officials said on Friday.

Authorities inquired the cause behind almost 200 more potential cases after the death of lung disease patient.

"Yesterday we received a report of the death of an adult who had been hospitalized with severe unexplained respiratory illness after reported vaping," Jennifer Layden, the chief medical officer in the Midwestern state of Illinois said.

She declined to provide the person's gender, but said that the ages of the patients treated in the state had been between 17 and 38.

As of Friday, there were 193 cases across 22 states of potential cases of severe lung illness associated with e-cigarette use since the end of June, according to figures released by the Centers for Disease Control and Prevention.

The cause has not been determined but all had recently used e-cigarettes to inhale either vaporized nicotine or cannabis, and many of the products have been sent for lab testing.

"The severity of illness people are experiencing is alarming and we must get the word out that using e-cigarettes and vaping can be dangerous," said Illinois health department director Dr Ngozi Ezike.

But Ileana Arias, acting deputy director on non-infectious diseases at the CDC, added that although the cases appeared similar, "it is unclear if these cases have a common cause, or if they are different diseases with similar presentations."

No specific product has been identified or blamed for the illness in any of the cases.

E-cigarettes have been available in the US since 2006, and are sometimes used as an aid to quit smoking traditional tobacco products like cigarettes.

Their use among adolescents has skyrocketed in recent years: some 3.6 million middle and high school students used vaping products in 2018, an increase of 1.5 million on the year before.

E-cigarette users don't get exposed to the estimated 7,000 chemical constituents present in combustible cigarettes, and vaping is generally believed to be safer than smoking.

The liquids do, however, contain nicotine, which has been studied for decades and is known to be highly addictive, and a variety of other constituents classed as "potentially harmful" according to a 2018 study compiled by the US National Academy of Sciences requested by Congress.

The report identified "substantial evidence" that the vapor contains traces of metals, either from the coil used to heat the liquid, or other parts of the device.

Another potential red flag is the presence of diacetyl, which is used to add a butter flavouring but has been linked to serious but relatively rare lung disease.

Brian King, deputy director of the CDC's office on smoking and health, said it was possible, therefore, that such cases were arising before the current investigation and were only being registered now through heightened monitoring.