Some say Hollywood is more powerful than the Pentagon. Others talk about US Military-Entertainment complex. Yet others accuse American media of using language as a tool for mass mind control.

Professor Joseph Nye encapsulates these various elements into what he calls America's soft power. Nye defines soft power as “the ability to get what you want through attraction rather than coercion or payment.” It's the opposite of hard power projected by the US military.

America's soft power is asserted subconsciously in the form popular media and entertainment as well as branded products ranging from soft drinks, fast foods and apparel to various computer-communication devices and social media platforms widely used around the world. 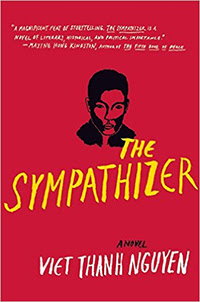 I recently heard an interview of Viet Thanh Nguyen, Pulitzer prize winning Vietnamese-American author of "The Sympathizer", a spy novel set during and just after the war in Vietnam. Nguyen was speaking with Terry Gross, the host of popular NPR radio show "Fresh Air". The interview was aired on the eve of President Barack Obama's visit to Vietnam this week.

Among the various statements Nguyen made during this interview, the one thing stood out for me is his description of Hollywood as "the unofficial ministry of propaganda for the Pentagon".

Here are some excerpts of Nguyen's responses to Terry Gross:

One of the first movies that I remember watching was "Apocalypse Now." I was probably about 10. And I think that was the first indication, also, that I had that there was something called this war and that this was how Americans saw this war as one that had divided them. And that was my first glimmering that there was something like a civil war happening in the American soul and that we as Vietnamese people were caught up in that because I watched that movie as a good, American boy who had already seen some American war movies - John Wayne in World War II. And I was cheering for the American soldiers until the moment in "Apocalypse Now" where they started killing Vietnamese people. And that was an impossible moment for me because I didn't know who I was supposed to identify with, the Americans who were doing the killing or the Vietnamese who were dying and not being able to speak? And that moment has never left me as the symbolic moment of my understanding that this was our place in an American war, that the Vietnam War was an American war from the American perspective and that, eventually, I would have to do something about that.

Their (Vietnamese) function is to literally just be stage props for an American drama. And my narrator understands this. And he understands it very intellectually and viscerally that what is happening here is that Hollywood is the unofficial ministry of propaganda for the Pentagon, that its role is to basically prepare Americans to go fight wars by making them focus only on the American understanding of things and to understand others as alien and different and marginal, even to their own histories, right? And so his belief is that he can somehow try to subvert this ministry of propaganda, this vast war epic that is going to continue to kill Vietnamese people in a cinematic fashion, which is simply the prelude to actually killing Vietnamese people in real life. So he believes that he can try to make a difference. And, of course, the humor and the tragedy is that he can't.

You know, that the United States lost the (Vietnam) war, in fact, in 1975. But for the very same reason that the United States was able to wage a war in which it lost 58,000 American soldiers, which is a human tragedy, but was able to create the conditions by which 3 million Vietnamese people died of all sides and 3 million Laotians and Cambodians died during those years and in the years afterwards. For the very same reasons that the industrial power of the United States is able to produce this vast inequity of death, that's the same reason that the United States, in the years afterward, through its incredibly powerful cultural industry, is able to win the war in memory because wherever you go outside of Vietnam, you have to deal with American memories of the Vietnam War. Inside Vietnam, you have to confront Vietnamese memories. But outside, wherever I've gone and talked about the Vietnam War and memory, one of the first questions that I get is what do you think of "Apocalypse Now?" So...

Americans are preoccupied with their own experiences. That's an exact replication of the mindset that got us into Vietnam and that has now allowed Americans to remember the Vietnam War in a certain way that makes it an American war.

Hollywood, like the rest of American mass media, pushes the American narrative through its products. It enables America to write the story even after losing the war as it did in Vietnam.  Viet Thanh Nguyen who fled his village with his family in South Vietnam in 1975 when he was just 4 years old has attempted to offer a Vietnamese-American perspective of the American war (Vietnam war) in his book.

The American soft power is at work today to effectively shape favorable international opinion on the "war on terror" that the United States is fighting in Afghanistan, the Middle East and elsewhere in the world. Whether America wins or loses, the powerful American media and entertainment industry will most likely write the story of this war as it wrote the story of Vietnam war that America lost.  Will there be an Afghan or Iraqi version of Pulitzer Prize winning Viet Thanh Nguyen to contest it?

Lack of Diversity in Hollywood

US Media Role in Iraq War

Will US Actions in Afghanistan Contribute to the Rise of ISIS?


Based on the relations between the United States and France and Pakistan, we predicted that propaganda would exist in the American media that portrays the powerful nuclear technology of France significantly more positively than that of Pakistan. We will analyze specific examples of such propaganda based on a methodical process as described below.

Studying media coverage of Pakistan’s nuclear achievement, it becomes clear that a certain amount of propaganda was used to make Pakistan appear threatening. The fact that Pakistan developed the technology was not what shaped the articles, but rather how this information was presented to the reader. In a sense, the propagandists were looking to turn Pakistan into an enemy of sorts, a country to be feared, instead of embraced.

One method used to by propagandists to create an enemy is through the technique of social proof. One way in which we process information is by observing what other people are doing that are similar to us or linking them to social norms. "When we are unsure of ourselves, when the situation is unclear or ambiguous, when uncertainty reigns, we are most likely to look to and accept the actions of others as correct" (Cialdini 106). Since it is almost impossible for the common American to be an expert in nuclear cause and effects, he looks to what others say as a means to form his opinion. This allows him to be persuade to an ideology not of his own. Furthermore, it is possible to rely on past stereotypes as form of linking one idea to another group.

For example, articles that took such an approach attempted to use a subset of social proof, where one casts the enemy by declaring it to be a friend of an already established enemy. For instance, in order to persuade the American public to think of Pakistan in such terms, media will link Pakistan to historically defined United States enemies such Libya, Iran, Iraq and the former Soviet Union. This tactic plays on the principle of social proof in which people look for justifications to quickly form their beliefs. Thus, linking to a country America already has shared beliefs about quickly allows one to associate and project the existing beliefs on the new group, which in this case is Pakistan.

An article in the Washington Post took such an approach by starting with a quote from the Iranian Foreign Minister, congratulating Pakistan. "From all over the world, Muslims are happy that Pakistan has this capability," the Minister was quoted at the start of the article (Moore and Khan A19). By beginning with this quote, the article ensured a link would be established between Iran and Pakistan, playing off the propaganda theory of similarity, in which we fundamentally like people who are similar to us and share our beliefs, values, and ideas. Therefore, an object deemed as bad or dissimilar will make all associated objects bad as well and allows the media to use social proof and similarity to create an enemy as friend of enemy. Arguably, the presentation of this quote may be deemed important factually for the development of the article, but the placement of the quote right at the start of the article strongly suggest propagandistic intentions.

To strengthen the feel of Pakistan as a friend of the enemy, the article continues to use the dissimilar tactic or hatred through association by further linking Pakistan with Syria Libya:

At the same time, the prospect that Pakistan could share its nuclear technology with other Islamic states, or serve as their protector, concerns many Western analysts, who fear that nuclear materials and technology may fall into the hands of countries the West has branded sponsors of terrorism, such as Syria and Libya (Moore and Khan A19).