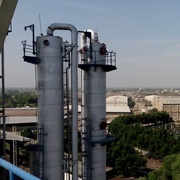 Is US-China technology war heating with Huawei ban? Is it part of the larger geopolitical landscape pitting the US as the established superpower against China as the new rising power? Is the fight over Huawei 5G merely a symptom of it? How will it affect global…

In a new book titled "RAW: A History of India’s Covert Operations", Indian investigative journalist Yatish Yadav has essentially confirmed some of what India's neighbors have suspected for a long time. Yadav has added to the revelations contained in a earlier book titled "Mission R&AW" written by ex Indian spy RK Yadav.…

Switch to the Mobile Optimized View