As technology begins to permeate every aspect of life in Pakistan, the country needs a balanced mix of highly skilled workers, technicians, mechanics, technologists, engineers, researchers and development scientists to meet the challenge.  Recent launch of National University of Technology (NUTech) is part of Pakistan government's response to this challenge.

Building this new highly skilled work force must begin with designing curricula and facilities. It also demands a new crop of trainers and educators and closer collaboration between academia and industry.

National University of Technology (NUTech) has just been launched as a federally chartered institution of higher learning.  It is enrolling students now for its first academic semester starting in September 2018.

NUTech will not only produce hands-on engineers and scientists but it will also serve as an umbrella organization for training skilled technicians and tradespeople to build, service and maintain advanced technology-based plant and equipment.

NUTech will work with a national network of technical and vocational training institutes to produce skilled workers.  It will include representatives of business and industry in design of curricula to ensure these workers meet the needs of the industry.

Pakistan Air Force's Air University, established in 2002, is an example of a specialized institution aimed at developing human capital in the aviation sector.

There are over 3 million students enrolled in grades 13 through 16 in Pakistan's 1,086 degree colleges and 161 universities, according to Pakistan Higher Education Commission report for 2013-14.  The 3 million enrollment is 15% of the 20 million Pakistanis in the eligible age group of 18-24 years.  In addition, there are over 255,000 Pakistanis enrolled in vocational training schools, according to Technical Education and Vocational Training Authority (TEVTA).

Pakistani universities have been producing over half a million graduates, including over 10,000 IT graduates, every year since 2010, according to HEC data. The number of university graduates in Pakistan increased from 380,773 in 2005-6 to 493,993 in 2008-09. This figure is growing with rising enrollment and contributing to Pakistan's growing human capital.

Higher education in Pakistan has come a long way since its independence in 1947 when there was only one university, the University of Punjab. By 1997, the number of universities had risen to 35, of which 3 were federally administered and 22 were under the provincial governments, with a combined enrollment of 71,819 students. A big spending boost by President Pervez Musharraf helped establish 51 new universities and awarding institutions during 2002-2008. This helped triple university enrollment from 135,000 in 2003 to about 400,000 in 2008, according to Dr. Ata ur Rehman who led the charge for expanding higher education during Musharraf years. There are 161 universities with 1.5 million students enrolled in Pakistan as of 2014. 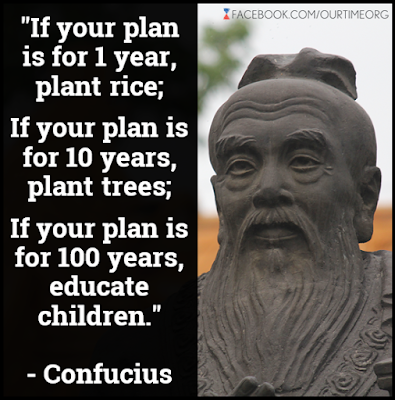 Former Chairman of HEC summed up the country's higher education progress well in a piece he wrote for The News in 2012: "Pakistan has achieved critical mass and reached a point of take-off. For this phenomenal growth to continue, it is important for the government and other stakeholders to support and further strengthen the HEC as a national institution and protect its autonomy. If this momentum continues for another 10 years, Pakistan is certain to become a global player through a flourishing knowledge economy and a highly literate population".