Kim Barker, an American reporter who covered Afghanistan and Pakistan for Chicago Tribune starting in 2003, claims that she was propositioned by Pakistan Muslim League leader Nawaz Sharif when she met him for interviews for her newspaper. 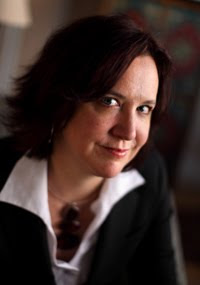 In an interview with KERA radio, Barker said she followed her bosses advice to try and blend with the local population. However, being a young white female journalist with blue eyes who stands at 5 ft 10 in tall, she says she received unusual attention from the men she met to do her job in Afghanistan and Pakistan. In her recently released book "The Taliban Shuffle: Strange Days in Afghanistan and Pakistan", Barker recounts how Nawaz Sharif gave her an Apple iphone as a gift and asked her to be his "special friend". When she declined Nawaz Sharif's sexual advance, Foreign Policy Magazine reports that he offered to set her up with President Asif Ali Zardari.

This latest report adds Sharif's name to the "illustrious" list of senior Pakistani political leaders who have made news for their dalliances with women.

A 2007 Youtube video showing Prime Minister Yousuf Raza Gilani groping Sherry Rehman attracted a lot of attention. Then, President Asif Ali Zardari was shown gushing about US Vice Presidential candi..., and asking to "hug" her during a meeting in New York.

Ode to Feudal Prince of Pakistan

Incompetence Worse Than Graft in Pakistan

The Taliban Shuffle: Strange Days in Afghanistan and Pakistan By Ki...

Comparing US and Pakistani Tax Evaders