In his high-profile role as the Chairman of one of Pakistan's largest political parties, there are enormous security threats for Bilawal Bhutto Zardari. In the words of John Giduck, a US security consultant, "The threat level is going to be inordinately high - you are dealing with a young man with an enormous target painted on him. It would take dozens of people and hard assets to keep this man safe". In addition to this security threat, Bilawal is dealing with the loss of his privacy with the British tabloids such as The Sun and The Daily Mail pursuing and finding more and more pictures of him with various male and female friends at various parties in Oxford. Bilawal is reportedly very popular on the Oxford campus and participates in many extra-curricular activities. The Daily Mail has discovered a number of Facebook comments including references to being hungover, his friendship with "Boozie Suzie" and the joys of free alcohol. This new found fascination of the British tabloids is likely to continue in spite of Bilawal's appeals for privacy. For those of you interested in the pictures, here are a few published so far: 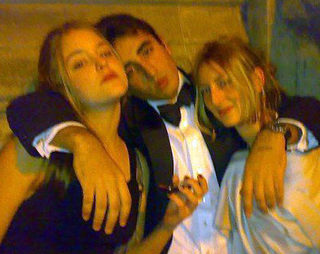 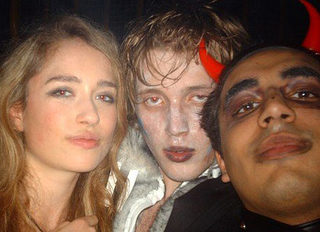 Mr. Bhutto Zardari uses his op-ed, published in the English-language Express Tribune newspaper, to enumerate what he sees as his mother’s achievements, including pushing women’s rights. The PPP in the 1980s could have used its popular position to unseat the military-run government of the time, but did not do so, he writes. “The PPP has always been careful to distinguish between the army as an institution and the dictator who abuses his position,” he says.

It’s a challenge to the military to stay out of politics. And it seems that army chief Gen. Ashfaq Parvez Kayani for now has no designs to take over the government.

Still, the PPP is a lot less popular in Pakistan than it was in Ms. Bhutto’s day and you sense her son feels that. In many places of the op-ed, it feels as if he is writing as the head of an opposition party, not co-chairman of the ruling PPP.

“We can only dream of what might have been had she lived,” he writes at one point of his mother.

He enumerates the challenges facing Pakistan –from education, to energy shortages to the investment-starved economy – but offers no solutions. It’s easy to forget reading it that the PPP is in power.

What we do know is that there are 86,000 more schools because of Shaheed Benazir Bhutto. That, under her government foreign investment quadrupled; energy production doubled; exports boomed. Under her government, 100,000 female health workers fanned out across the country, bringing health care, nutrition, pre and postnatal care, to millions of our poorest citizens. It was under her government that women were admitted as judges to the nation’s courts, that women’s police departments were established to help women who suffered from domestic violence and a women’s bank was established to give micro loans to women to start small businesses. It was under Shaheed Benazir Bhutto’s leadership that cell phones, fibre optics and international media were introduced, and the Pakistani software industry blossomed. And it was on her very first day as prime minister, that all political prisoners were freed, unions legalised and the press uncensored. It was an amazing record of accomplishment, made even more remarkable by the constraint of aborted tenures, by constant pressure from a hostile establishment and presidents with the power to sack elected governments.

Here's The Independent on Bilawal Bhutto's maiden speech to a large political rally:

Five years after the assassination of Pakistan's former Prime Minister Benazir Bhutto, her son and political heir has outlined his vision for the country in a speech his supporters claimed marked the launch of his own career in politics. Critics said it underscored the enduring presence of dynastic politics, more than 65 years after the creation of Pakistan.

More than 200,000 party workers and supporters gathered at the Bhutto family mausoleum near Larkana in the southern Pakistani province of Sindh to hear 24-year-old Bilawal Bhutto Zardari deliver his first major political address. Security was reportedly very tight and more than 15,000 police were on duty as the Oxford University graduate and other leaders of the Pakistan People's Party (PPP) addressed the crowds, and paid emotional tributes to the late Ms Bhutto.

"Benazir sacrificed her life to uphold democracy," Mr Bhutto Zardari said of his mother, who was killed five years ago in Rawalpindi while campaigning ahead of parliamentary elections. "The beacon of democracy continues to shine."

Within days of the 27 December 2007 killing of Ms Bhutto, who twice served as the nation's premier, her son was appointed co-chairman of the PPP, along with her widower, Asif Ali Zardari, who became President.

At the time of his mother's assassination by the Taliban, Mr Bhutto Zardari was aged just 19 and for several years he kept a low profile. But the late premier's supporters have always wanted to push the young man to take on more responsibility within the party, even though he cannot stand for election until his 25th birthday in September next year. Earlier this year, he accused Pervez Musharraf of "murdering" his mother by sabotaging her security – an allegation the former military ruler has denied.
---------
The party's intention to capitalise on the Bhutto legacy was underscored by Prime Minister Raja Pervez Ashraf. In a statement, he said: "Bilawal Bhutto Zardari, following in the tradition of generations, will prove to be an important turning point for democracy and politics."

Dynastic politics remains pervasive in many parts of south Asia, and in Pakistan, there is no more powerful dynasty than the Bhutto family. Rasul Baksh Rais, a political analyst, said Mr Bhutto Zardari's political blooding had long been anticipated. "Politics is dominated by influential political families who build coalitions to hold power," he said. "There's no ideology, no questions about past allegiances or support for the military. It's a pragmatic approach."

Raza Rumi, a writer and analyst with the Jinnah Institute, said Mr Bhutto Zardari's "foray into politics" is "an opportunity for the party to connect with the younger Pakistanis who now comprise majority of the population".

Economic Survey of Pakistan 2021-22 confirms that the nation's GDP grew nearly 6% in the current fiscal year, reaching $1.62 Trillion in terms of purchasing power parity (PPP). It first crossed the trillion dollar mark in 2017. In nominal US$ terms, the size of Pakistan's economy is now $383 billion. In terms of the impact of economic growth on average Pakistanis, the per capita average daily calorie intake jumped to 2,735 calories in FY 2021-22 from 2,457 calories in 2019-20. Pakistan…

India, a western ally, is openly buying Russian coal, oil and weapons worth tens of billions of dollars at deep discounts. These actions amount to busting western sanctions and financing President Vladimir Putin's war on Ukraine. Many smaller developing countries, including Bangladesh and Pakistan, are abiding by these sanctions and suffering from the consequences in terms of high prices of fuel and food. Why these double standards? Do these policy contractions serve the broader US interests…