National Public Radio(NPR), an American radio network, is doing a series on a massive wave of urbanization underway in the world's emerging economies such as Brazil, China, India and Pakistan. It has chosen to start with Karachi, which it describes as Pakistan's "economic lifeline" and financial "powerhouse" that produces 25% of Pakistan's GDP, and calls it "one of the largest and most crowded cities of the world". It has a segment on Shehri, the activist group fighting big-money developers. 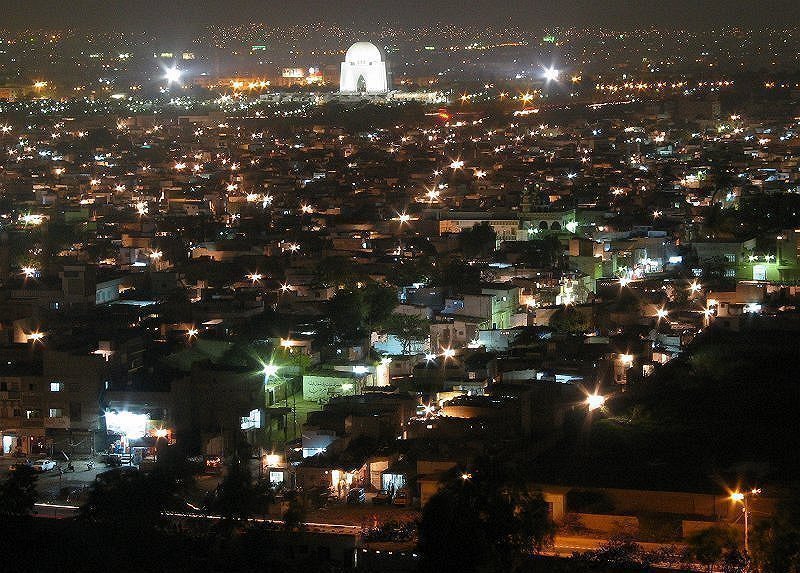 It highlights several other facts about Karachi such as:

1. Karachi is built along a natural harbor facing the Arabian Sea, and this central location between the Middle East and India has made Karachi an important trading port for hundreds of years.

3. The Port of Karachi handles 60 percent of Pakistan's cargo, and the Karachi Stock Exchange is one of Asia's most active trading markets. The city's main industries include shipping, trade, finance, banking, information technology, manufacturing, real estate, media and education.

4. Like any big city, it has its share of problems. Pollution, crime, corruption and political volatility are just some of the issues confronting the 12 million to 18 million "Karachiites" who call this overcrowded city home. Karachi is 60 times larger than it was when Pakistan was created in 1947. And with the population growing at an annual rate of 6 percent, one of the biggest challenges for city officials is managing the tensions and violence that often flare along ethnic and religious lines.

5. Karachi is growing so fast that estimates of its population range from 12 million to 18 million. The country's financial capital is also a city where about half the population lives in illegal houses.

Karachi is the world's fastest growing megacity, according to Forbes magazine.

One afternoon a stranger called at Muhammad Faizanullah's stationery shop in Karachi, Pakistan's commercial capital, and wordlessly handed the man behind the counter two items: a piece of paper with a phone number scrawled on it, and a bullet.

Businesses in Karachi are facing a surge in extortion demands from criminal gangs, forcing many owners to delay new investment or to relocate their families to escape the sense of insecurity gripping the urban heart of Pakistan's economy.

---
----------
Karachi traders say paying extortion has long been part of the cost of doing business in Karachi.

The police say thugs working for the Muttahida Qaumi Movement (MQM), the dominant political party in Karachi, are the biggest extortion menace in the city.

The police have also linked other political parties to extortion, although the MQM and other parties in Karachi repeatedly deny any involvement.

In the past year, the rules of the game have changed as competing political parties, militant groups and criminal entrepreneurs intent on challenging MQM's grip on Karachi have expanded their extortion rackets to fund ever deadlier turf wars, police officials say.

The number of killings in Karachi jumped to more than 2,300 in 2012 from 1,700 the previous year. More than 1,400 murders have already been recorded since the start of this year. The increasing death toll has made it easier for gangs to coerce people into paying money, although there have been few reports of extortion-related killings.

"The extortion racket in Karachi has become an industry," said senior police officer Niaz Ahmed Khosa. "There are around 50 no-go areas in Karachi, which police can not enter. Most of the extortion rackets and other crime are being generated from these population pockets."

The police blame much of the increase in extortion on a criminal gang known as the People's Aman Committee (PAC), based in the district of Lyari, one of the police no-go areas, and which they say is expanding into new parts of the city. The gang, the police say, is linked to the Pakistan People's Party, which ruled Pakistan until its defeat at May general elections.

Here's a NY Times story on KESC performance in Karachi:

Since Pakistan’s biggest electricity company was privatized, its headquarters has been looted, its employees kidnapped and its boss nearly arrested by the government.

Despite all of that, it is regarded as a roaring success.

Power cuts lasting 12 hours a day or more have devastated the Pakistani economy. The loss of millions of jobs has fueled unrest in a nuclear-armed nation already beset by a Taliban insurgency.

The only city bucking the trend is the violent metropolis of Karachi, Pakistan’s financial heart — and that is thanks to Tabish Gauhar and his team at the Karachi Electricity Supply Co.

“It has consumed every ounce of my energy,” Mr. Gauhar, 42, said in an interview. “But we have helped millions of people.”

The new government of Prime Minister Nawaz Sharif won an election in May partly because it had promised to fix the power cuts. Now many are wondering whether the Karachi utility’s successful privatization will be repeated elsewhere.

At the state-run Peshawar Electricity Supply Co., the majority of workers are illiterate, most new hires are relatives of existing staff members, and 37 percent of the power generated was stolen, according to a 2011 audit funded by the U.S. Agency for International Development.

Karachi Electricity Supply had all the same problems when the Dubai-based private equity firm Abraaj Capital bought a controlling stake in 2008. Mr. Gauhar and his Abraaj team decided to slash the work force by a third, cut off nonpayers and destroy illegal connections.
----------
Many in the populist pro-labor government vilified the power company. Later, legislators tried to arrest Mr. Gauhar on charges that he had not attended subcommittee meetings in the capital.

After the protests dissipated, Karachi Electricity Supply’s next problem was making customers pay. More than a third of the company’s electricity was stolen in 2009. Those who got bills often ignored them.

One wealthy patriarch said he could not possibly start paying because his colleagues would think he had no influence left.

Karachi Electricity Supply started cutting off those who did not pay their bills. When a transformer burned out in an area with high theft, the company asked for two months’ worth of payment from the area’s residents before replacing it.

The company divided up the city of 18 million. Areas where 80 percent of people pay bills now have no regular power cuts. Areas with high loss — often crime-ridden, sweltering slums — have long power cuts. Karachi Electricity Supply is widely hated in such places.

Muhammed Fayyaz, who works as a driver, says his neighborhood often has as much as 10 hours of cuts per day. Summer temperatures top 40 degrees Celsius (104 Fahrenheit), and protests are frequent.

“People block the main road and throw stones at passing vehicles,” he said.

Mr. Fayyaz lives in a high-theft area. Stealing power is easy. Makeshift wires with metal hooks festoon Karachi Electricity Supply’s lines in the sun-baked streets. Some lead to roadside businesses. Others head into the distance atop lines of makeshift bamboo poles.

“We clean them up, but in five minutes they are back again,” said Muhammad Siddiq, a manager at the utility.

Sabir Sami from Pakistan has been appointed the chief executive officer of KFC effective January 1, 2022, according to a YUM Brands announcement today.  Sami, who currently serves as KFC Division Chief Operating Officer and Managing Director of KFC Asia, will succeed Tony Lowings, who is stepping down as CEO at the end of 2021 in advance of his retirement in early 2022.  Sabir Sami is a graduate of the Institute of Business Administration, Karachi, Pakistan. …

AUKUS: An Anglo Alliance Against China?

In the recently announced AUKUS alliance, the US has joined the United Kingdom to arm Australia with nuclear-powered submarines to check China's rise. This announcement has not only upset the Chinese but it has also enraged France. The French are angry because AUKUS has scuttled Australia's earlier agreement to purchase diesel-powered submarines from France. …