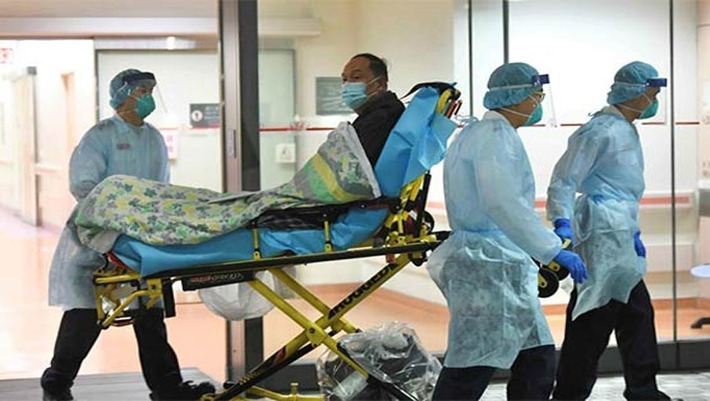 The virus has reached 16 other countries besides China, the Chinese president declared the virus as a devil, saying China will defeat it.

The virus, which originates in the Chinese city of Wuhan, has spread to 16 countries around the world, besides other cities in China.

The Chinese city of 600 people will be isolated for two weeks in the Christmas island, 2,000 kilometers away from the country.

A day earlier, the death toll from China's Corona virus crossed 100 with tens of millions stuck during the biggest holiday of the year and damaged the world's second-biggest economy as the US warned against travel to China and Canada issued a more narrow travel warning.

It is to be noted that, the global stocks drop, oil prices hit three-month lows, and China’s yuan decreased to its weakest level in 2020 as investors fretted about damage to the economy from travel bans and the Lunar New Year holiday, which China extended in a bid to keep people at home.

The health commission of China’s Hubei province said on Tuesday "106 people had died from the virus as of Jan. 27, according to an online statement, up from the previous toll of 76, with the number of confirmed cases in the province rose to 4,515."

According to People's Daily, other deaths have been reported elsewhere in China, including the first in Beijing, bringing the deal toll to 106 so far.

The state newspaper put the total number of confirmed cases in China at 4,193, though some experts suspect a much higher number.

On Monday, US President Donald Trump offered China whatever help it needed, while the State Department said Americans should “reconsider” visiting all of China due to the virus.

Canada, which has two confirmed cases of the virus and is investigating 19 more potential cases, warned its citizens to avoid travel to China’s Hubei province.

Chinese Premier Li Keqiang visited the city of Wuhan, epicenter of the outbreak, to encourage medical workers and promise reinforcements.

Visiting Wuhan in blue protective suit and mask, Li praised medics, said 2,500 more workers would join them in the next two days, and visited the site of a new hospital to be built in days.

The most senior leader to visit Wuhan since the outbreak, Li was shown on state TV leading medical workers in chants of “Wuhan jiayou!” — an exhortation to keep their strength up.

China’s ambassador to the UN, following a meeting with UN Secretary-General Antonio Guterres on Monday, said "the Chinese government attaches paramount importance to prevention and control of the epidemic, and President Xi Jinping has given important instructions."

"China has been working with the international community in the spirit of openness, transparency and scientific coordination," he said.

Guterres said in a statement, "The UN appreciates China’s effort, has full confidence in China’s ability of controlling the outbreak, and stands ready to provide any support and assistance."

In 1999, President Pervez Musharraf inherited a massive debt of over 100% of GDP run up by the Pakistan Peoples Party and the Pakistan Muslim League (Nawaz) governments in 1990s. Musharraf's policies not only revived the bankrupt economy but also brought down debt to 52% of GDP by 2007. …