Covid19 pandemic has brought the world to its knees. It has humbled some of the most powerful nations on earth. It has paralyzed the global economy. It is believed to have started in China, the newest superpower. 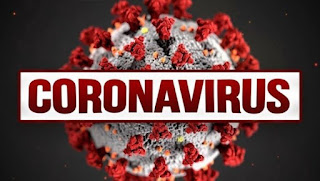 Coronavirus has so far infected nearly 3 million people globally. It has ravaged the United States, the reigning superpower, as well as its rich and powerful allies in Western Europe.  The United States leads the world with a million infections so far and over 50,000 deaths.

It has not spared developing nations like Iran and Turkey either. And it is now threatening to spread to the rest of the developing world in Asia, Africa and Latin America.

Coronavirus has so far infected nearly 12,000 and killed 253 people in Pakistan.

This pandemic is a reminder to all that lethal pathogens are a huge common threat to all of humanity.

Please watch it below:

Can Imran Khan Lead Pakistan to the Next Level?

But that confidence would prove their undoing. Their pandemic plans were built on a litany of miscalculations and false assumptions. European leaders boasted of the superiority of their world-class health systems but had weakened them with a decade of cutbacks. When Covid-19 arrived, those systems were unable to test widely enough to see the peak coming — or to guarantee the safety of health care workers after it hit.

Accountability mechanisms proved toothless. Thousands of pages of national pandemic planning turned out to be little more than exercises in bureaucratic busy work. Officials in some countries barely consulted their plans; in other countries, leaders ignored warnings about how quickly a virus could spread.

European Union checks of each country’s readiness had become rituals of self-congratulation. Mathematical models used to predict pandemic spreads — and to shape government policy — fed a false sense of security.

National stockpiles of medical supplies were revealed to exist mostly on paper, consisting in large part of “just in time” contracts with manufacturers in China. European planners overlooked the risk that a pandemic, by its global nature, could disrupt those supply chains. National wealth was powerless against worldwide shortages.

Held in high esteem for its scientific expertise, Europe, especially Britain, has long educated many of the best medical students from Asia, Africa and Latin America. On a visit to South Korea after a 2015 outbreak of the coronavirus MERS, Dame Sally Davies, then England’s chief medical officer, was revered as an expert. Upon her return home, she assured colleagues that such an outbreak could not happen in Britain’s public health system.

Now South Korea, with a death toll below 300, is a paragon of success against the pandemic. Many epidemiologists there are dumbfounded at the mess made by their mentors.--------------

From the Black Death of the 14th century to cholera in war-torn Yemen, it was a baleful history. But Professor Whitty, who had spent most of his career fighting infectious diseases in Africa, was reassuring. Britain, he said, had a special protection.

“Being rich,” he explained.

Wealth “massively hardens a society against epidemics,” he argued, and quality of life — food, housing, water and health care — was more effective than any medicine at stopping the diseases that ravaged the developing world.

Professor Whitty’s confidence was hardly unique. As recently as February, when European health ministers met in Brussels to discuss the novel coronavirus emerging in China, they commended their own health systems and promised to send aid to poor and developing countries.

“Responsibility is incumbent on us, not only for Italy and Europe, but also for the African continent,” said Roberto Speranza, Italy’s health minister.

“The European Union should be ready for support,” agreed Maggie De Block, Belgium’s then health minister.

Barely a month later, the continent was overwhelmed. Instead of serving primarily as a donor, providing aid to former colonies, Western Europe became an epicenter of the pandemic. Officials once boastful about their preparedness were frantically trying to secure protective gear and materials for tests, as death rates soared in Britain, France, Spain, Italy and Belgium.

This was not supposed to happen. The expertise and resources of Western Europe were expected to provide the antidote to viral outbreaks flowing out of poorer regions. Many European leaders felt so secure after the last pandemic — the 2009 swine flu — that they scaled back stockpiles of equipment and faulted medical experts for overreacting.