Justice Markandey Katju, retired judge of Supreme Court of India, talked of "dark clouds over India" in a speech to about 200 people of all faiths at an interfaith event in Silicon Valley.  He said "Muslims making up only 15% of the population are on the receiving end" but the rest of India is also paying the price. India's economy is in serious trouble. There is rampant poverty and high rates of malnutrition in the country. There are heavy job losses across the entire labor market.  The event was organized by Ibadatkhana Foundation led by Tasawar Jalali. Other organizers included Javed Ellahie, Naren Singh, Santosh Addagulla and Prabakar Karuppiah . 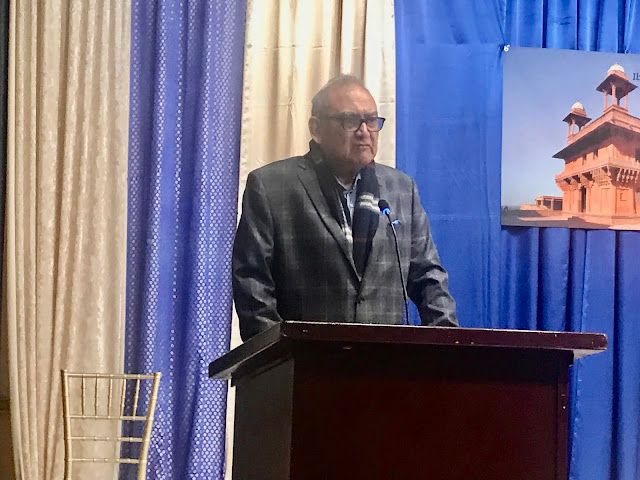 "Indian Supreme Court has surrendered, Indian media have surrendered" to the "dark forces" of Modi's "Hindutva", he said. He said "there was no communalism in India before 1857", the year Delhi fell to the British colonizers. The colonial rulers from Britain then proceeded to "divide and conquer India" by using what Justice Katju described as "history in the service of colonialism", an apparent reference to Professor B.N. Pande's 1977 speech to Rajya Sabha, the upper house of India's  parliament.

Justice Katju described "Ibadat Khana" as part of a brief history lesson on Mughal Rule in India.  Ibadat Khana was built by Emperor Akbar in Fatehpur Sikri in 1575 as a place where scholars of various faiths could discuss theology. The establishment of this center of learning was motivated by the emperor's desire for "Sulh-e-Kul, meaning "universal peace" among various faiths.

This was about the same period as St. Bartholomew Massacre in Europe. Catholic mobs attacked and killed tens of thousands of Protestants in France. These religious wars raged in Europe for centuries. In fact, Ireland witnessed sectarian massacres as recently as the 1990s.

Justice Katju said India is a very diverse land of immigrants. He said 92% of the population descended from ancestors who arrived from other lands to settle in India. The original inhabitants of India make up about 8% of the population. 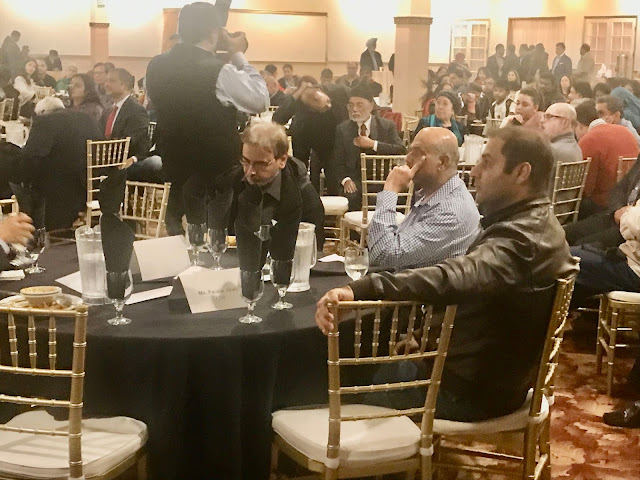 He said people migrate from harsh to more comfortable places. India with its rivers and valleys offered rich fertile soil for agriculture that dominated the world economy for thousands of years before the Industrial Revolution. There have been only two periods when people left India in large numbers to go elsewhere: Indentured service after the end of slavery in 1800s and more recently the migration of better educated Indian to America and Europe.

Mr. Katju said "dark clouds" are gathering over India with courts and media surrendering to Modi's despotic rule. He said "Muslims making up only 15% of the population are on the receiving end" but the rest of India is also paying the price. India's economy is in serious trouble. There is rampant poverty and high rates of malnutrition in the country. There are heavy job losses across the entire labor market.

A diverse country like India can not afford Hindutva. This is a time to bring back Emperor "Sulh-e-Kul" to save India.

There was a panel discussion with Justice Katju, Dr. Jasbir Kang, Mr. Javed Ellahie and Prof. Randolph Langenbach. The panel was moderated by Ritu Jha and Mariam Turab. During the panel discussion, Justice Katju brought up the idea of reunification of India and Pakistan. He argued "if East and West Germany can reunify, so can India and Pakistan". The idea was contested by Mr. Javed Ellahi and Dr. Jasbir Kang who talked about the idea of pushing for more trade and people-to-people exchanges which could eventually lead to replication of European Union in South Asia. But Hindutva stands in the way of peace in South Asia.

In a speech to about 200 people of various faiths in Silicon Valley, Justice Markandey Katju, India's retired Supreme Court judge, talked about "dark clouds over India". The event was organized as an interfaith event by Ibadatkhana Foundation. A diverse country like India can not afford Hindutva. This is a time to bring back Emperor Akbar's "Sulh-e-Kul" to save India, he said.

Lynchistan: India is the Lynching Capital of the World