With all the depressing news coming out of Pakistan in the last few months, there is one major development that has me hopeful and excited. Last month saw the launch of the Teach For Pakistan movement, which aims to expand the urban poor’s access to quality education by recruiting highly qualified young Pakistanis to teach in under-resourced schools for two years. In the long-run, these ‘fellows’ will go on to be successful leaders in various other fields, but will continue to support local educational initiatives from their positions of influence. 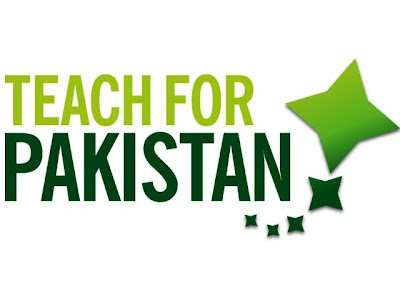 In the US, Teach For America (which the movement in Pakistan is modelled on) has been operating for over 20 years — with tremendous academic impact. Most alumni, over 60 percent in fact, have stayed within the field of education and continue to make an impact as educators and social entrepreneurs. In India, we launched a similar movement in the summer of 2009.

Almost two years ago, I was sufficiently inspired by the transformational power of grassroots work in education to come join Teach For India in Mumbai. But it was not easy. Leaving behind my banking job in New York meant exposing myself to financial insecurity, living the Spartan life of a schoolteacher and battling social and parental misgivings. But I was not alone either. I was inspired by 87 young idealists who had joined with me — all giving up lucrative careers and moving cities, countries and continents.

Teaching in Mumbai’s harsh Prem Nagar slums, some sights and sounds have become permanently etched in my mind — the family of five who cannot afford to send all their children to school, and therefore picked two, a girl and a boy; the beatings that a 3rd grade student can receive at home for scoring poorly on a weekly class test; a young girl reciting a poem from memory in fluent English without understanding a word of what she is saying.

My worldview changed dramatically as I saw firsthand the stark challenges of poverty — illiteracy, child labour, abuse and the privations imposed by caste hierarchies. I was astounded by this contradictory nation — innovative yet impoverished, globally oriented yet parochially sectarian.

Despite the posturing of our politicians and patriotic czars, the reality is that the lowest sections of Indian and Pakistani society are united by their shared sorrows. The education received by a child is still largely determined by their birthplace and their socio-economic background. If Nehru and Jinnah could see our countries today, 62 years after independence, nothing would shock them more than the extent of illiteracy among the masses. They would be appalled that half the adult population (and more than half the female population) remains unable to read and write, and powerless to break the cycle of poverty and servitude.

In India, 15 out of every 100 children will never attend school. And among the 85 children who do, 50 percent will drop out before 5th grade.

The challenges are manifold and multi-layered. Firstly, there is limited access to schools (particularly in rural areas) and, in cases where they do exist, the quality of education is often poor and the infrastructure abysmal. For example, a recent study showed that only 55 percent of schools in India have separate toilets for girls — a major reason for parents not sending their daughters to study. Teacher absenteeism is rampant and textbooks, as vehicles for government propaganda, offer little contextual relevance in a student’s everyday life.

Education here largely involves the teacher playing narrator in the classroom. Students are receptacles who are trained to memorise and reproduce. The more meekly they accomplish this, the better students they are. But as young children are forced to submit to rote learning, they lose the critical consciousness they will need to succeed in the years to come. And as they embrace educational passivity, they also more readily accept the imperfections and injustices their societies impose on them.

The young leaders of this movement have a chance to provide young children with the essential tools for self-defence and empowerment in tomorrow’s Asia. Imagine the socio-economic revolution possible if our youth are better equipped to compete for secure employment, to defend themselves in court, to enforce their rights, to take advantage of technology and to take part, intelligently, in political activity.

Even without teaching full-time, there are numerous ways to contribute and be a part of the solution. Your time and presence is the most valuable commodity you can part with. Volunteering in classrooms and talking about your life and work allows students to fashion a broader mindset. They learn to communicate more effectively and find role models to emulate. Even something as simple as donating and reading out simple, colourful storybooks — which affluent children have easy access to — makes a huge impact.

In just two years as a teacher, I ended up learning much more than I could ever teach. And I hope that the thousands of young, accomplished Pakistanis who join and support Teach For Pakistan will have a similarly profound experience — in humility, perseverance and leadership.

Note: This piece was first published in Pakistan's Daily Times

Here's a brief video presentation on Teach For Pakistan:

Comment by Riaz Haq on April 10, 2011 at 7:52am
The quality of primary and secondary education is clearly important in preparing students for higher education, and there has lately been a lot of hand wringing on about declining test scores in the US, particularly with respect to minority kids in schools.

Here are some of my thoughts on it:

2. Based on PISA reading scores as analyzed by Steve Sailer, US Asians (score 541) are just below Shanghai students (556), US whites (525) outperform all of their peers in Europe except the Finns, and US Hispanics (466) and US Blacks (441) significantly outperform kids in dozens of countries spread across Asia, Latin America and Middle East.

For example, US Hispanics did better than Turks, Russians, Serbians, and all of Latin America.

In fact US Hispanics outperformed all BRIC nations with the exception of China.

3. The only data available for India is 2003 TIMMS on which they ranked 46 on a list of 51 countries. Their score was 392 versus avg of 467. They performed very poorly. It was contained in a report titled "India Shining and Bharat Drowning".

I think Pakistani kids would probably also perform poorly on PISA and TIMMS if these tests administered there.