NED's Professor Nauman has passed away!

Alas, my meeting with him in July this year at NEDUET will be my last.

Here's a picture of Professor Nauman (left) with Riaz Haq taken in July, 2009.
. 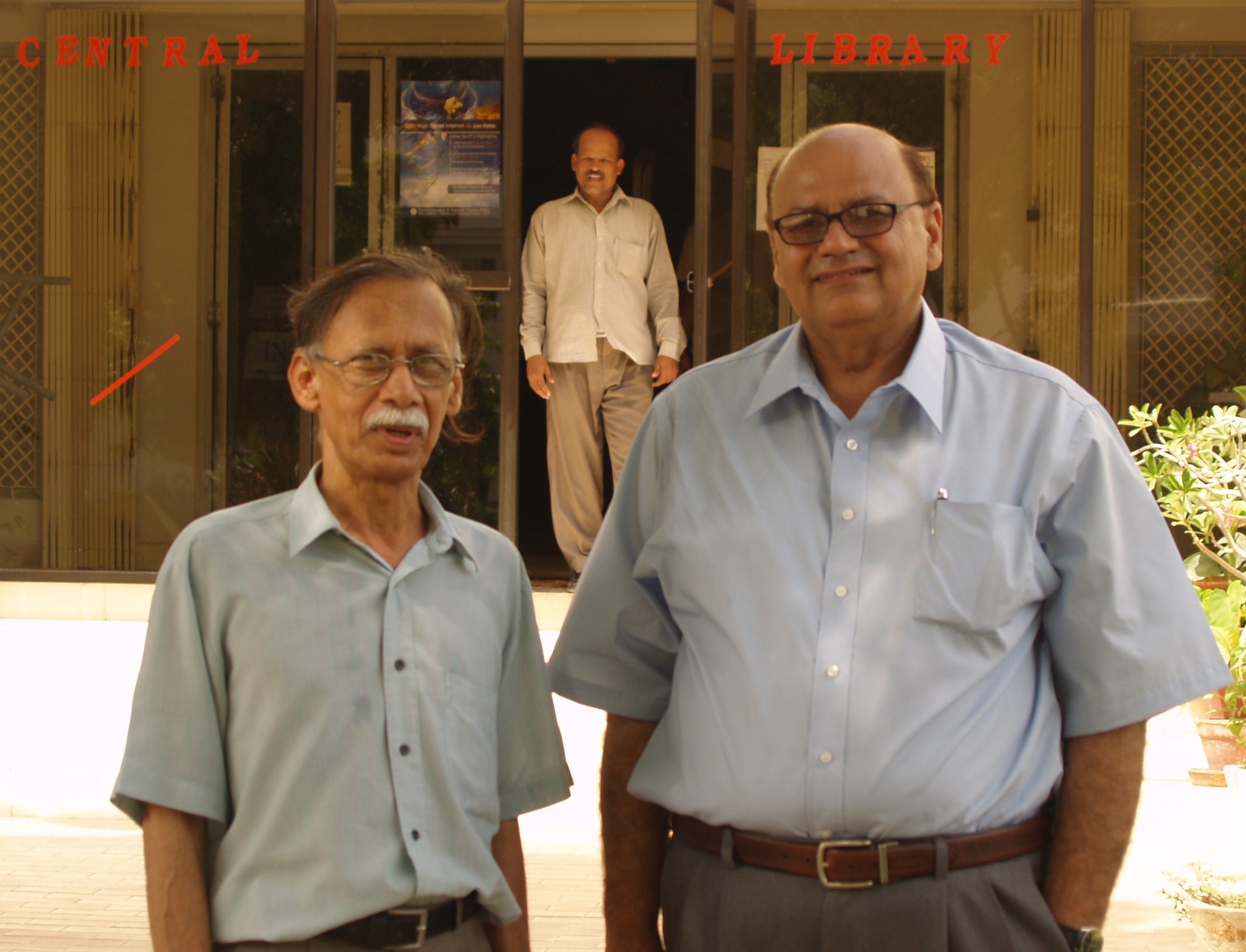 Permalink Reply by Jamshid Dastur on November 15, 2009 at 9:46am
He was a great person, collectively full of knowledge and experience of generations held within. Every session with him was an interactive session. He was a great motivation for those who wished to do anything...Electronics Department salutes you Sir. You will be remembered always...an unforgettable personality.

Permalink Reply by Arsalan Minhas on November 15, 2009 at 10:24am
He was a true patriot, encyclopedia of knowledge, man of noble character, my inspiration and one of my favorite teachers/persons. I'll always miss him...

I'll quote M. Faisal here, who today said: "A big loss for NED, students and a Pakistani nation. Most of us knew him as an academic GURU but his extra activities in other sphere of social & political life is really outstanding & remarkable! Always struggling against the corrupt policies of bureaucracy, fighting for the rights of the common people, debating in lot of talk shows in order to create awareness in public, refuting against the government officials on the issue of privatization of our national assets, arranging seminars, etc etc. Few years of his life were also spent in the voluntary social activities with EDHI FOUNDATION".

A great loss for us, for NED and for the nation. May Allah rest his sould in peace and allow us to make his dream a reality, InshAllah

Permalink Reply by Shahid Abbas on November 15, 2009 at 10:28am
I met you with Sir Noman in reference library and you took a snap of us also. if you remember sir.
No doubt sir noman was an institution himself. My attachment with him was due to his serious and right suggestions over every issue whether its of university or department or my personal matter. He in short acted as a true spiritual father of me, I am spiritually orphaned today. May ALLAH place him in rest and peace (ameen).
For his students in Pakistan and in any part of the world, we are no doubt generation of his graceful ideas so try to be sincere with your work which in short was always the lesson I found in his views. 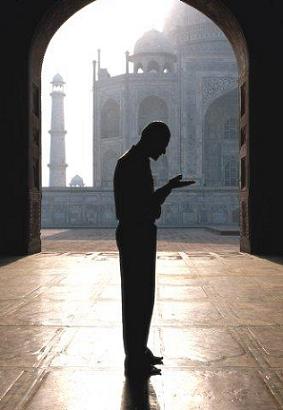 May he be in Jannah Always

Permalink Reply by Shamsudduha Khan on November 15, 2009 at 11:48am
Inna Lillah e Wa Inna Elaih e Raje oon. Allah bestow His mercy on him and forgive him and award him Jannah (Aameen). Allah have His blessings on those who Mr. Nouman left behind (Aameen).

Permalink Reply by Rashid Mahmood on November 15, 2009 at 12:14pm
Inna Lillaha Wa Inna Elaih e Rajeoon!
A great loss to NED and Pakistan!
May Allah bless him....he was a inspirational person.... Apart from his academic intellect.. he was a revolutionary social worker & generous philanthropist .....At the time of my last interaction with him earlier this year... he was actively preparing a case against KESC corruption....This is the last memory I have with him....

a true teacher and remarkable human being!!

Prominent Marxist, an associate professor at the prestigious NED University of Engineering and Technology and a social activist Mohammad Nauman passed away on Sunday morning, leaving thousands of his students, friends and colleagues mourning.

He was laid to rest at the University of Karachi graveyard on Sunday evening.

After completing his education, Nauman initially joined Karachi Nuclear Power Plant for a while but his inquisitiveness prompted him to opt for NED University where he was teaching for almost 30 years.

He was a prominent student leader associated with left-wing National Students Federation (NSF) during late 1960s and early 1970s and actively participated in the democratic upsurge in 1969 against military dictator Gen. Ayub Khan.

Despite having a brilliant academic record, he preferred to teach rather than acquiring lucrative jobs at multinational companies. However, one could find thousands of his students in different organisations across Pakistan at key positions.

Committed to the well-being of the common man right from the beginning, he helped Edhi Foundation to develop its wireless service on a voluntary basis and also served as technical advisor to the defunct Karachi Metropolitan Corporation (KMC) in the early 1990s when Fahimuzaman Khan was its administrator. He wrote hundreds of research papers on topics such as bonded labour, and water and power and campaigned for the displaced people of Chotiari Dam and other similar causes. He was widely quoted in national and international media.

Prof. Nauman was quite well till Saturday and attended a dinner in honour of his friend Prof. Tauseef Ahmed Khan who has been awarded a PhD degree recently, at the residence of an old friend Abid Ali Syed.

�Many old friends had gathered at my residence where we had arranged a dinner in honour of Prof. Tauseef Ahmed Khan and Prof. Nauman was also there chatting with eminent lawyer Ali Ahmed Kurd, politician Yousuf Masti Khan and other friends,� Syed, former city editor of a leading English daily told The News.

�At about 6am he came out of his room complaining breathing problem and left us mourning,� his uncle who lived with him said. Prof. Nauman was suffering from asthma for the last couple of years.

�I never saw him hurting anybody even if he differed with him,� said Tariq Saeed, a senior structural engineer and an old friend of Prof. Nauman. �He was always a helping hand and a true dervish,� he said.

�Right from the beginning Nauman was dedicated, committed and disciplined. He was never late,� said Shahab Aftab, another senior engineer and an old friend of Prof. Nauman.

Prof. Nauman�s Soyem will be held at NED University Staff Town on Monday afternoon. He has left behind an ailing mother, an elder brother and a sister.

Permalink Reply by Moin Ahmed on November 15, 2009 at 8:10pm
My earliest memories of him are from my NED days from 1969-74 when he was a young student activist and was well known for his stand on student rights and his struggle to curb the excessive power of the Administration and Board of Education. He was a firm believer of student rights and strongly promoted student representation in all important matters of an educational institution.

I visited Karachi in 2003 and 2007 and was fortunate enough to meet this kind and caring soul on both occassions. He will be missed by his many students, friends and community leaders.

Attached picture of Noman and I at his home in the Faculty Hostel in 2003.
Attachments:

Permalink Reply by Muhammed Zafir Zia on November 15, 2009 at 11:47pm
Professor Nauman taught me two subjects; one in the 3rd year and the other in the final year at NED(i passed out in Feb 2007). Since I was associated with a student organization at NED, both Sir Nauman and I used to converse a lot over the past, present and future of students organizations and their roles and activities. Though we differed on various occasions but the debate used to be a source of great information for me. Even after passing out from NED I had an association with him and we met quite often. Social and political issues were mostly dicussed and his thoughts, opinions and sentiments were filled with the love and passion for Pakistan. He was active in highliting the social problems of the society.
The large number of students alongwith teachers and friends present at his burial showed the respect and love that people had for him.

Professor Nauman's death is an irrepareable loss for us. May ALLAH (SWT) rest his soul in peace.

Permalink Reply by Uzma Inam on November 16, 2009 at 9:40am
I was so saddened to hear it.He was really iconic,and had indeed touched so many lives and in so many profound ways.May Allah keep his soul in rest and peace (Ameen)

Permalink Reply by Bilal Hashmi on November 16, 2009 at 10:25am
Its really a sad moment for all of us. A teacher, a mentor, an icon and our inspiration is now no more with us. Its a big loss for NED and NEDIANS too which can never be filled for decades. May Allah rest his soul in peace. Ameen.

Pakistan Is Not Collapsing!

Pakistan is currently facing major economic and political crises. These are partly of its own making but mostly the result of external shocks in terms of commodity prices that have exacerbated the nation's balance of payments.  The Pakistani military's unnecessary meddling in politics and resulting political instability have not helped either. The unprecedented floods in the country have further…

Is Shahzad Chaudhry Right "On India"?

The Pakistan Air Force's Retired Air Vice Marshal Shahzad Chaudhry has recently penned an op-ed for The Express Tribune newspaper calling on his country to make peace with India. He argues that "India is relevant to the world", implying that Pakistan is not. Chaudhry believes that the "gap between Pakistan and India is now unbridgeable".  Chaudhry concludes his piece with the following…