"Big 3" Power Grab Will Hurt the Sport of Cricket

Australia, England and India, the three biggest revenue producing nations in the world of cricket, are seeking to remodel International Cricket Council (ICC) along the lines of the UN Security Council. They are making a naked bid to get more money and power for themselves at the expense of the cricket boards of the rest of the ICC member nations including Bangladesh, New Zealand, Pakistan, South Africa, Sri Lanka, West Indies and Zimbabwe.

The proposals, written by the ICC's Finance, Commercial Affairs (FCA) committee and leaked to the media last week, calls for the formation of a four-person executive committee, on which the representative of boards of Australia, England and India would be guaranteed a seat. Only one representative from the rest of the cricketing nations combined would be selected by the three boards annually. 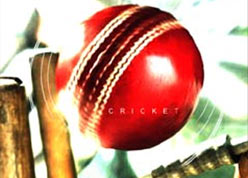 Would this proposal, if adopted as is, strengthen the sport of cricket? Or would it spell doom for it? Its proponents argue that the new structure would improve governance of world cricket. Cricket Australia Chairman Wally Edwards said " its approach internationally is consistent with its approach at home where we have made significant strides improving the governance of Australian cricket".

Opponents such as former Indian Premier League boss Lali Modi call it "a nail in the coffin for world game". Here are some excepts of what Modi told Hindustan Times:

“It’s a cartel, an unholy trinity and it threatens the future of the game. I’m serious. How can it possibly be good for the other Test playing nations and the associate members that these three line their own pockets. It is a scandal and it must be stopped.
“They are going to kill cricket with these proposals. Great, India and England and Australia can play themselves to their heart’s content but they have put every other nation on the bread line.”


“They are saying they should have the power because they can bring greater stability but they don’t explain how they are going to do it. This is cloak and dagger stuff. Where’s the transparency? And then they say that each member will be given revenue share in line with the growth of the ICC. They are just lining their pockets".


“You can read it yourself. It is clear in black and white. Section one, page three, point E and I’ll quote it ‘Ensuring a fair distribution of revenues, recognizing the contribution of each member to the ICC both on and off the field’. The key word there is ‘contribution’. Well, of course Indian ‘contribute’ more in terms of money than Zimbabwe. But this is totalitarian. This is about the rich getting richer and screw the rest".


“Again, a little further down. Same section, same page but point f. ‘The need to streamline bilateral cricket arrangements and ensure the on-going relevance of all these matches to ICC events and the viability of cricket in all relevant markets’. Look, we all know what streamline means in this context. It’s reducing or getting rid all together.”

The world's most successful sports franchise today is the National Football League (NFL) in the United States. It treats all of its 32 member teams equally with equal vote in decision making. Over 70% of its revenue is shared equally among its member teams.

NFL has a highly lucrative business because of the extraordinary popularity of football in the United States. Over nine years, starting in 2014, CBS, Fox and NBC will together will pay an average of about $3 billion a year, more than 50 percent higher than their prior deals, according to a report in New York Times. Altogether, the four networks, in addition to DirecTV, which pays $1 billion a year for its Sunday Ticket satellite package, will pay the N.F.L. more annually in TV rights than any sports league has ever been paid.

Simon Rottenberg, an economist at University of Chicago, published what is considered as the first significant paper on the subject of the economics of sport, "The Baseball Players' Labor Market" in 1956. He stressed the importance to sporting competition of uncertainty of outcome and distribution of talent: "The nature of the industry is such that competitors must be of approximately equal ‘size’ if any are to be successful; this seems to be a unique attribute of professional competitive sports." This ‘invariance principle’ was because a league in which the strong simply soaked up all the talent would defeat itself.

The naked power grab by cricket boards of Australia, England and India is indeed an "Unholy Trinity". It defies the basic economics of sports as described by University of Chicago economist Simon Rottenberg. It results in unequal competition by weakening the majority of the national cricket teams by starving them of needed revenues to train, promote and reward the best and the brightest players.  It will badly hurt international cricket. PCB and other cricket boards should strongly oppose it.

Pakistan In, India Out of T20 Semis

Only #SriLanka comes to #India’s #BCCI support at the #ICC meeting roll back #BigThree http://indianexpress.com/article/sports/cricket/icc-bcci-big-three-... … via @IndianExpress

With the majority of the International Cricket Council (ICC) board members voting in favour of a rollback of the structure under which India was to get the lion’s share of the revenue, the Board of Control for Cricket in India’s last ditch efforts to garner support failed.
India managed to get the support of Sri Lanka but it was clear that the majority of the Test nations were not in favour of the Big Three structure.
The two BCCI office bearers — treasurer Anirudh Chaudhry, joint secretary Amitabh Choudhary — who travelled to Dubai (the BCCI was represented by the Supreme Court-appointed administrator Vikram Limaye) for the ICC board meeting could not convince the other board members to defer the voting till April. The ICC will now pass the resolution during it’s next Board meeting in April.
According to a BCCI official, India is hopeful of convincing two other members to support them before the resolution is passed during the next ICC Board meeting in April. The Big Three — in which India, Australia and England — were entitled to 27.4 per cent of the total revenue from 2015-2023 cycle with India getting 20.3 percent was proposed in 2014 by the then BCCI president N Srinivasan in 2014.

Pakistan’s most popular comedian of the stage and TV actor and host, Umer Sharif’s daughter, Hina Sharif has… His party tweeted its condolences,…