The coronavirus death tally mounted to 1,500 on Saturday but new infections fell following a mid-week surge caused by a change in the way cases are counted.

Over 66,000 people have now been infected in China from a virus that emerged in central Hubei province in December before spreading across the country a month later and causing global panic.

Some 1,700 medical workers have been infected, with six dying from the COVID-19 illness, officials said, underscoring the country’s struggle to contain the deepening health crisis.

Battling the outbreak is a “big test for the country’s governance system and governance ability,” Xi said as he chaired a political meeting on government reforms this week, according to state media.

But the epidemic has continued to spread across China and hundreds of cases have emerged in more than two dozen countries.

In Singapore, which has 67 confirmed cases, the Roman Catholic Church said it was suspending all masses indefinitely to help prevent the spread of the virus and urged the faithful to follow services on YouTube or the radio.

The National Health Commission reported 143 new deaths on Saturday, with all but four in Hubei, raising the toll to 1,523.

The commission also reported 2,641 new cases of the COVID-19 strain, with the vast majority in Hubei.

The number of new confirmed cases has been steadily falling outside Hubei, with 221 infections reported on Saturday.

A top Chinese scientist had predicted that the epidemic could peak by the end of this month after the number of new cases had fallen earlier in the week.

The WHO cautioned that it was “way too early” to make any predictions about the disease’s trajectory.

On Thursday, 124 more people have been killed in the outbreak of the Corona virus in China, bringing the death toll to 1491.

Wuhan, the largest city in China, is extremely affected by the Corona virus, where the outbreak began.

Worldwide, the number of people infected with the virus has reached 65,247.

Of the Corona virus-infected patients, 7,099 have recovered, but 10,608 people are in critical condition.

The World Health Organization has named the corona virus as a disease (Covid 19).

All government and non-government activities are banned in at least 10 provinces in China and people are forced to live in their homes.

All educational institutions, offices and factories are closed. France, the United States, the United Kingdom, Egypt, Kenya, Rwanda and Russia have closed their flights to China.

On the other hand, a committee headed by Chinese President Xi Jinping has decided that the problem of illegal trade in wildlife must be dealt with.

And it has to be "permanently banned". The virus is believed to have originated from an animal market in Wuhan, a city in the province of Hubei. 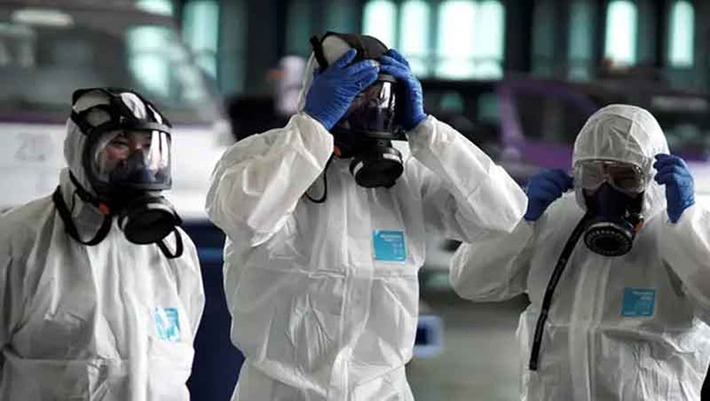