With global commodity prices and inflation hitting new highs, Pakistan and other emerging economies are faced with serious challenges. The rising inflation of staples such as wheat has already claimed Pakistan's former ruling coalition as a victim. Many other developing countries' governments are likely to fall as well unless these challenges are addressed effectively.

Knowing the importance of wheat for Pakistanis, the government of Prime Minister Syed Yousaf Raza Gillani has begun… Continue

Iftikhar Chaudhry Is No Angel!

"Justice Iftikhar Chaudhry was not and is not an angel" said Mr. Muneer A. Malik, the President of the Pakistan Supreme Court Bar Association, during an interview with Philip Reeves of NPR radio broadcast in the United States last year. This interview took place in 2007 after President Musharraf sacked Mr. Chaudhry and Malik launched a campaign to restore Mr. Chaudhry.

While I strongly disagree with Mr. Musharraf's decision to fire Mr. Chaudhry, I am curious to find out what Mr.… Continue

by Ruth Marcus of The Washington Post
It's a measure of America's multicultural journey over the past half-century that we've gone from "God and Man at Yale" to Allah and Woman at Harvard.
In a contretemps scarcely imaginable in William F. Buckley's day, Harvard has closed one of its gyms to men for six hours a week so that Muslim women can exercise comfortably. "Sharia at Harvard," warned blogger Andrew Sullivan. A Harvard Crimson columnist blasted "Harvard's misguided… Continue

Makhdoom Syed Yousaf Raza Gilani has been elected and sworn in as the new prime minister of Pakistan. He won by a margin of 264 to 42. 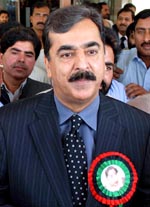 The new prime minister belongs to an influential and spiritual shia family of Multan, born on June 9, 1952 in Karachi, Pakistan. His father was a descendant of Syed Musa Pak, a leading Sufi spiritual figure of Multan of the Qadiri Sufi Order of Shi'a Islam. Syed Musa Pak hailed from the Iranian… Continue 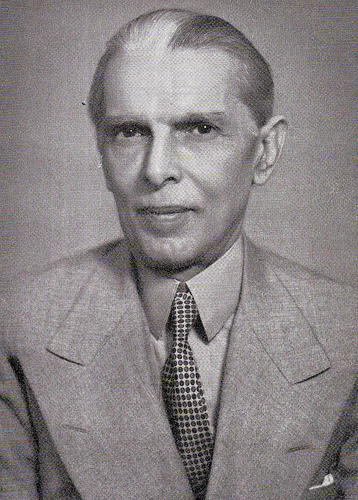 [[1]] We are meeting today in our session after fifteen months. The last session of the All-India Muslim League took place at Patna in December 1938. Since then many developments have taken place. I shall first shortly tell you what the All-India Muslim League had to face after the Patna session of 1938. You remember that one of the tasks, which was imposed on us and which is far from completed yet, was to… Continue

The Prophet I Know

As the Muslim world celebrates the birthday of Prophet Muhammad (Peace Be Upon Him) today, it's important to remember his teachings and the life he lived to learn how to deal with the serious crises Muslims face today. Here is how I remember the Prophet I know from my reading about his life:

Secular Education:
The Prophet I know instructed Muslims to "go as far as China to seek knowledge". It was clear at the time that China was not a Muslim nation. It is therefore safe to… Continue

With China's resurgence on the world stage and its hour of
well-deserved glory approaching at Beijing Olympics this summer, those
opposed to China are out in force to spoil it for the Chinese people.
The efforts to recruit athletes to stage protests in front of the news
media during the Olympics and the recent troubles in Tibet and Western
China do not appear to be spontaneous. The… Continue

to the 25th Session of the All-India Muslim League
Allahabad, 29 December 1930

As Pakistanis suffer greatly from the twin crises of hyper inflation and prolonged, daily power cuts, the life for them is getting more and more difficult every day. The traditional approaches to solve these problems such as increasing governmental subsidies for food and fuel and building more conventional fossil-fuel based generating capacity are not likely to work cost-effectively and sustain ably in the long run. It is time for Pakistanis to explore creative options to find workable,… Continue

Obama Under Fire For Pastor's Views

"We bombed Hiroshima, we bombed Nagasaki, and we nuked far more than the thousands in New York and the Pentagon, and we never batted an eye," Rev. Jeremiah Wright said in a sermon on Sept. 16, 2001. This is not all. Sen Barack Obama's pastor Rev Wright went on to touch the third rail of the American politics: He criticized the US support for Israel against the Palestinians.

"We have supported state terrorism against the Palestinians and black South Africans, and now we are indignant… Continue

Insights into a Suicide Bombing in Pakistan

While Pakistani authorities have had little success in catching perpetrators in most of the bombings, there have been several arrests in a November suicide attack on a Pakistan Air Force bus near an air base in Sargodha, 120 miles west of Lahore.

According to Associated Press, the probe by police and intelligence agencies into the attack provides insight into how the NWFP-based militant groups function and shows they are attracting recruits in other regions and ethnic… Continue

Aa
1 step at a time we are getting there,All the people who feel happy pl
make dua
with 1000 acres and $150 million the dream is coming into a reality


LOS ANGELES: The Friends Of Pakistan (FOP) has announced its support for the efforts of a group of expatriate Pakistanis to establish a new research oriented technical university of international standards with an accompanying technology park in Pakistan.

Malaysia's opposition made significant gains in Saturday's elections. The alliance of three opposition parties won 82 of 222 seats in the national Parliament, up from only 19 seats. By controlling one-third of Parliament, opposition parties will be able to block government efforts to amend the constitution. They also took control of five out of 13 states, up from one state previously. They included Penang, home to much of Malaysia's industrial base and to billions of dollars in U.S. and other… Continue

A Tale of Two Indias: Forty Billionaires In A Poor Country

The booming Bombay stock market in 2007 and the benefits of globalization have seen India's billionaires list swell to 40 on the Forbes Billionaires List. The Indian billionaires combined wealth has more than doubled from $170 billion to $351 billion in 2007. While Bill Gates has slipped to number three spot from number one, the number 4, 5, 6 and 8 spots in the top 10 are now occupied by Lakshmi Mittal, Mukesh Ambani, Anil Ambani and KP Singh from India.

The news of the…

Fundamental Change in Tribal Order
The latest of a series of suicide bombings in Pakistan's north west frontier tribal belt targeted a meeting of the elders in Dara Adam Khel town. There were reports of 40 dead and scores injured. Traditionally, tribal leaders were held in high respect and their decisions were generally accepted by the tribal population in all matters. This attack further reinforces the belief that there is a fundamental change taking… Continue