Why has Pakistan developed and successfully tested nuclear-capable MIRV (Multiple Independent Re-entry Vehicles) and SLCM (Submarine Launched Cruise Missile)? How do these additions to Pakistan's nuclear arsenal enhance its nuclear deterrence against India? Was Pakistan forced into these technologies by India's development of anti-ballistic missiles and nuclear triad? How will India respond to…

Surging demand for fast moving consumer goods (FMCG) in Pakistan is attracting hundreds of millions of dollars of new investments. Expanding middle class, particularly millennials with rising disposable incomes, is demanding branded and packaged consumer goods ranging from personal and baby care items to food and beverage products.  Rapid growth in sales of consumer products and services is driving other…

First seven months of the current fiscal year have seen tractor sales soar 45% to 38,173 units, according to data of the Pakistan Automotive Manufacturers Association. It is driven by a combination of soaring credit availability and bumper harvests of Pakistan's top three crops by area: wheat, cotton and rice.… 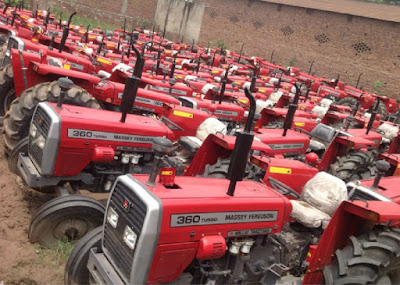 I teach investments at the Lahore School of Economics and am also the founder of Combating Poverty and Climate Change Foundation (CPCCF), the Accredited Hub in Pakistan of the Savory Institute of USA, one of 11 finalists for the $ 25 million Virgin Earth Prize for whoever develops a safe, credible method on a meaningful scale to remove carbon from the atmosphere in the battle against climate change.

In Pakistan, we at…

Dr. Saba Mahmood, professor of anthropology at the University of California at Berkeley, passed away on March 10, 2018.  She was only 56 years old when her life was cut short by pancreatic cancer.  She is survived by her husband Professor Charles Hirschkind and son Nameer Hirschkind. Born in Lahore, Pakistan in 1962, she came to the United States in 1981. She received her PhD in anthropology…

Pakistanis are happier than all of their neighbors, according to the World Happiness Report 2018. Pakistan rose from 80th place in 2017 to 75th place this year while all of its neighbors slid from last year's happiness rankings.

Globalization Index: How Connected is Pakistan?

Pakistan ranks 32nd in breadth and 99th overall among 140 countries in terms of globalization, according to DHL Global Connectedness Index compiled by professors at NYU Stern School of Business and IESE Business School. Pakistan ranks 137 on…

Beautiful women should always wear beautiful dresses. BTW are what women should always wear. What a waste if a woman wears just shalwar kameez all the time, agree? You cannot choose a rich dad, but you can choose a beautiful dress from BTW to wear. BTW brings you a newly added collection of just-arrived new dresses. This new collection focuses on vibrant, printed Eastern Shirts, casual, high casual, semi formals and bottoms for this year’s spring and summer season.

Rise of Islam in Arabian Peninsula

Rise of Islam in Arabian Peninsula

The successful unification of the Arabian Peninsula under Islam by the first Caliph, Hazrat Abu Bakr Siddique RA (632–634), who made it possible to channel the expansion of the Arab Muslims into new directions and those…

Diplomacy underlies all ties between nations. Diplomatic relations form the basis of travel, trade and investment between countries. The probability of armed conflict increases in the absence of diplomacy. In light of the recent failure to keep Pakistan off the terror financing watch list, the following question is being asked by political commentators and pundits: Is Pakistan's diplomacy…

Krishna Kumari Kohli today made history by becoming the first-ever Hindu Dalit woman Senator in the upper house of Pakistan, according to media reports.  Her election represents a major milestone for women and minority rights in the Islamic Republic of Pakistan.…