Why Do Majority of Indians Favor Military Rule?

A majority of Indians, 53%, favor military rule, according to a Pew Research Center survey released recently. India is one of only 4 countries where a majority is in favor of a military government, according to the survey. Vietnam, Indonesia, and South Africa are the other three.…

Data released by Credit Suisse with its Global Wealth Report 2017 shows that Pakistan is the most egalitarian nation in South Asia. It also confirms that the median wealth of Pakistani households is three times higher than that of households in India.

Inequality is measured in terms of Gini index. It ranges…

Did Maryam and Nawaz Sharif Orchestrate the TLY Dharna at Faizabad?

The 22-day long Faizabad Dharna anti-Ahmedi protest disrupted all aspects of life in the twin cities of Rawalpindi and Islamabad. It was too well planned and organized to be called "spontaneous". Protesters were provided with food and all other supplies they needed to sustain it for over three weeks. The question is: Who was behind this protest? Was it just the Tehrik Labbaik Ya Rasoollullah (TLY) activist mullahs seen on TV screens yelling out abuses at others? Was it the military or its… Continue

Marvell Technology announced on November 20 that it would buy Cavium in a $6 billion stock deal, according to CNBC News. The value of the deal jumped to $7.5 billion enterprise value at the close of market on November 22, 2017.…

Outlook India recently ran a story headlined "Noida to Islamabad". It suggests at least anecdotal evidence of information technology jobs beginning to move from India to Pakistan. The number of jobs is only 125 but could it be the tip of a larger iceberg? Are western companies finding Pakistan becoming more competitive with India in terms of cost and skills on offer? Let's try and answer these questions.…

Pakistan's domestic cement consumption reached 35 million tons in 2016, up from 30 million tons in 2015, according to a report published by Global Cement.  Using the latest census population of 207 million, it works out to about 170 Kg per person consumption. The increase is driven by a combination of CPEC-related infrastructure projects as well as commercial and …

A team of undergraduate students representing Peshawar has won a silver medal in a genetic engineering competition organized recently by the International Genetically Engineered Machine (iGEM) Foundation in Boston, Massachusetts.…

Is US Playing the "India Card" Against China With "Indo-Pacific Quad"? 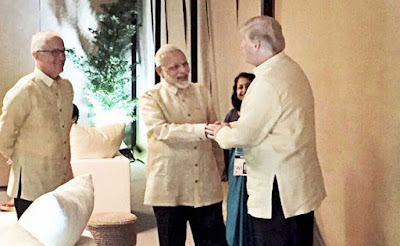 President Barack Obama's Pivot to Asia initiative and his…

Why is there such thick smog enveloping Delhi and Lahore? What is the source of such high levels of particulate matter hitting PM2.5 of 500-800 micrograms per cubic meter? Is it the crop burning by the farmers in Indian Punjab? Are there other round-the-year sources that keep the PM2.5 concentration at around 100 micrograms per cubic meter, about 10X the safe levels? What can be done to bring it down? Do… Continue

Thick Smog in Delhi and Lahore: Is India Crop Burning to Blame?

Thick smog enveloping Pakistan's Punjab province has seriously disrupted road and air traffic and created significant health emergency for the people, according to Pakistani media reports. Indian cities, including the nation's capital New Delhi, are also suffering from it.

Pakistani officials have blamed "the incursion of smoke and particle…

Large Scale Manufacturing (LSM) in Pakistan shot up 11.3% in the first two months of fiscal year 2017-18, according to the Federal Bureau of Statistics (FBS). It represents a big surge from 5.7% LSM growth seen in Fiscal 2016-17.…

Is the rapid growth of social media helping or hurting Pakistani state and society? 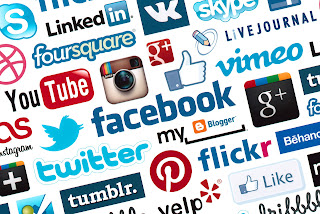 What are the consequences… Continue

How is ISIS-inspired terror spreading in the West? What can be done to stop self-radicalization of lone wolves through social media? Was Trump's reaction to the NY terror report appropriate? Why is there such a difference in media coverage and leaders' reaction between terrorism incidents and frequent and more numerous shooting… Continue

Pakistan is ranked 16th among 26 nations ranked by Brookings Institution with an overall score of 69% in "The State of Financial and Digital Inclusion Project Report" for 2017.  As the world observes the "World Financial Inclusion Week" this week (October 30-November 3, 2017), the Internet revolution is enabling rapid growth of financial technology… Continue