Per capita income in Pakistan, often described as a "failed state",  grew 22% from 2012 to 2017, according to data from international sources. This is remarkable given major…

Pakistan's Central Power Purchasing Agency's report shows that General Electric's 9HA-Class turbines produced only half of their capacity this August, according to Reuters. Power executives and government officials in the country said the GE turbines had operational issues like long outages and production delays.

Islamophobia is no longer extreme; the year 2017 saw it go mainstream in Europe, India, the United States and several other parts of the world. 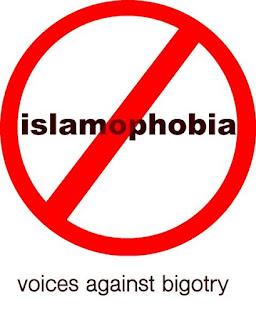 In addition to a basic sense of security, the cost of production and availability of required skills are essential for making manufacturing competitive. Cost has several components: labor cost and abundant, cheap energy and infrastructure. Skill comes from education and…

In an op ed titled "Hitler's Hindus: The Rise and Rise of India's Nazi-Loving Nationalists" published by leading Israeli newspaper Haaretz, author Shrenik Rao raises alarm bells about "large and growing community of Indian Hindu Nazis, who are digitally connected to neo-Nazi counterparts across the world".…

The mandate of Ignite, formerly National ICT R&D Fund, a Government owned non profit company, affiliated with the Ministry of IT, Government of Pakistan, is to fund innovative projects that solve local problems or target global opportunities. Since early 2017 we are focusing on startups based on 4th Industrial Wave technology – like …

It is perhaps another miscalculated game plan from the Pakistani Establishment (civilian bureaucracy and army elite) against the Muttahida Qaumi Movement (MQM) to enforce ‘Minus-One’ formula and forcefully separated founder and leader of Altaf Hussain, one says, has definite mandate among Urdu-speaking or Muhajir community in the country, especially urban Sindh. The August 22, 2016 episode was undoubtedly an unfortunate and unacceptable saga and…

Does Lord Meghnad Desai's question "A country of many nations, will India break up" raised in his latest book "The Raisina Model" make any sense? Why would India break up? What are the challenges to India's unity? Is there an identity crisis in India? Is it the power imbalance among Indian states? Is it growing income disparity among peoples and states? Is it… Continue

Media reports indicate that pro-India Nepali Congress Party (NCP) led by Sher Bahadur Deuba is heading toward a major defeat in parliamentary elections. Nepalese people have shown strong preference for the Opposition left-wing alliance led K.P. Sharma Oli and Pushpa Kamal Dahal Prachandathat that could garner two-thirds majority in the national legislature. The 2015-16 blockade of Nepal by India appears to have played a decisive role in voters' choice.…

Why did President Donald Trump recognize Jerusalem as Israel's capital? Why now? Is it designed to shore up Trump's domestic support with Evangelical Christians and Jewish donors and voters? What will be its impact in the Middle East and the world in the short term and the long term? Will it strengthen anti-US forces? Will there… Continue

The share of national income of Pakistan's poorest 20% of households has increased from 8.1% to 9.6% since 1990 , according to the United Nations Economic and Social Commission for Asia and Pacific (NESCAP) Statistical Yearbook for 2015.  It's the highest share of income for the bottom income quintile in the region.

Who was behind the terror attack at Peshawar Agriculture University? Is it the Tehrik-e-Taliban Pakistan (TTP) that claimed responsibility? Will this attack harden Pakistan's position vis-a-vis TTP sanctuaries in Afghanistan? Will it make less likely for Pakistan to cooperate with the US and Afghanistan? Are Pakistani security forces getting better in dealing with such attacks?…

Pakistan Supreme Court has recently taken notice of the drying water pond at Katas Raj temple located in Chakwal district in the nation's Punjab province.  Hindus believe that it was formed from the tears Lord Shiva shed after the death of his wife Sati.

Why is the temple pond drying up? What is happening to the water source that used to keep it full? Is it symptomatic of a much larger …