Talking with CNBC today, Mohamed Ali Alabbar, Chairman of Dubai-based
Emaar Properties, said he believes Pakistan represents a great
investment opportunity for his company as it goes global. He said Emaar
sold a major project yesterday within hours of launch in Pakistan.

A massive real estate project valued at $43b by Emaar is underway in
Pakistan to develop two island resorts near Karachi. This is Emaar's
single largest project and supersedes the $26.7… Continue

OPEN Joins Force With MIT To Encourage Entrepreneurship in Pakistan

Sofizar, which works on “click fraud” and “web analytics Solutions” (maybe we at ATP
should be talking to them!) describes itself as “a Carlsbad, CA based
internet marketing company with development and operations based out of
Lahore” won the 2007 MITCEF-OPEN Business Acceleration Plan (BAP).…
Continue

Internet services have been disrupted in parts of the Middle East after
damage to an undersea cable in the Mediterranean. There was disruption
to 70% of the nationwide network in Egypt, a government official told
Reuters. There was also disruption in the United Arab Emirates (UAE),
Kuwait and Saudi Arabia, reported the Associated Press. India also
suffered up to 60% disruption, a national industry body told Reuters
news agency.…
Continue

Philip Morris International, the international unit of the US tobacco
giant often described as a merchant of death, is building a new massive
cigarette plant in Pakistan.
Philip Morris is expected to spin off PMI as an independent company to be unconstrained by the U.S. tobacco
regulations and out of reach of American litigators. Importantly, its
practices would no longer be constrained by American public opinion,
paving the way for broad product… Continue

Pakistan's Political Class And The War Of The Elite

Ayesha Siddiqa, the well known author of "Military, Inc." has written a
very insightful piece for BBCUrdu.com, arguing that Pakistan is ruled
by a small elite that disregards the wishes and the best interests of
its average people. I absolutely agree with Ayesha Siddiqa, that
Pakistan has been and still is ruled by a small elite consisting of
feudal lords, military officers, industrialists, and bureaucrats (and,
I add, some nefarious clerics colluding with… Continue

Wall Street Journal Jan 28, 2008
How will technology change the way we shop, learn and entertain ourselves? How will it change the way we get news, protect our privacy, connect
with friends? We look ahead 10 years, and imagine a whole different
world.


Let's get this out of the way first -- in the next 10 years, no one will travel to work by jet pack or have robot maids that serve dinner. But technology will continue to…

Pakistan’s economy has recently been growing at 7-8% per year, doubling
its GDP over the last 7 years. The industrial growth rate has been
closer to 12.5% per year during this period, contributing 38% of the
total economic output of Pakistan. Per capita energy consumption of the
country is estimated at 14 million Btu, which is about the same as
India's but only a fraction of other industrializing economies in the
region such as Thailand and Malaysia, according to… Continue

What's Next After "Da Vinci Code"?

It usually takes just one new really big seller to ignite book sales
and revive the publishing industry fortunes. There has been the "Harry
Potter" phenomenon and the "Da Vinci Code" that kept the industry
humming over the last few years and brought lots of people to
bookstores around the world. Lately, however, the book sales have
slowed down. "Harry Potter" has retired and Dan Brown, the author of
"Da Vinci Code" has been taking his time to complete… Continue

Pakistan: A Magnet for Foreign Investors


Extreme Investing or Safe Haven?
Some call it "Extreme Investing". Call it by any name, but international investors have discovered Pakistan as an attractive destination.
Referring to the recent upsurge in violence, Bank Muscat CEO Ali Issa said,
"We are not worried about our investment in Pakistan, we think it's just a
passing…

Who Is In Charge: Mehsud Or Mullah Omar?

Americans have now been saying for several months that the Taleban and
Al-Qaeda have shifted their focus of attacks from Afghanistan to
destabilize Pakistan. "Al-Qaeda right now seems to have turned its face
toward Pakistan and attacks on the Pakistani government and Pakistan
people," US Defense Secretary Robert Gates told the Washington Post on
Dec 21, 2007. Most of the recent activities including a big surge in
suicide bombings in Pakistan seem to confirm this… Continue 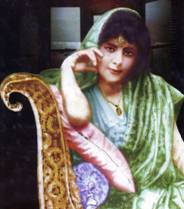 After his return to India Jinnah chose Bombay for his residence since he no longer had any interest in Karachi after the demise of his mother and his wife. His father joined him there and died in Bombay on the 17th of April 1902, soon after Jinnah had started his political career.

In the next two decades after his return from…

The Story of Oil, Greed, Religion and Blood

The story of oil, greed, religion, and blood is as old as the discovery
of oil. This story is brought to life in the recent Hollywood movie
"There Will Be Blood", starring Daniel Day Lewis as the greedy oilman
drilling for oil in California over 100 years ago. Loosely based on
Upton Sinclair's novel "Oil", the movie shows oil discovery in San
Fernando Valley in Southern California in early 1900s. I must say the
performance by Lewis is masterful. The story… Continue

"A reasonable man adapts himself to his environment. An unreasonable
man persists in attempting to adapt his environment to suit himself.
Therefore, all progress depends on the unreasonable man." So said the
famous British playwright George Bernard Shaw a century ago. The
"unreasonable Man" label applied well to the famous civil rights
leader Rev Martin Luther King in the 1960s and applies well today to
US presidential candidate Senator Barack Husain Obama. As… Continue

CIA Director Michael Hayden told the Washington Post that the former
Pakistani prime minister was killed by fighters allied to Baitullah
Mehsud. Mr Hayden did not reveal the sources for his claim. Apparently,
CIA has come out with this conclusion based on their own independent
intelligence sources and due diligence. With this CIA claim, there is
now agreement between the Pakistani intelligence and the US
intelligence on the identity of the people behind… Continue

Fellow member Ameer Alam posted a photo of the Time Magazine cover from 1946 that carries Quaid-e-Azam's picture on the cover. The following is the article inside that issue of Time:

By every sign & portent this would be India's year of decision—a decision that would be bitterly contested by all three partners to India's future: the British Raj, 256 million Hindus, 92 million
Moslems.

"Pakistan is a safe haven for investors", says Mark Matthews, chief
Asia strategist at Merrill Lynch, speaking to CNBC's Arnold Gay in
January, 2008. This is in sharp contrast to some of the rating agencies
like S&P and Moody's hinting at possible downgrade of Pakistan as
an investment opportunity. Matthews argues that Pakistan is one of the
best information arbitrage markets in the world.
While the bombings, shootings and the body bags make good headlines for… Continue

Rising Atta Prices
The rising prices and acute shortages of atta in Pakistan are clearly
distressing to the people. However, putting it in perspective, this
wheat crisis is not isolated to Pakistan. There are widespread fears of
food shortages and lack of affordability in many countries around the world.

According to a recent report in Wall Street Journal, the prices of Illinois corn
and soybeans rose 40%… Continue

Pakistan is Lagging in Social Media

As the membership of social networks and the users of social media
applications such as Facebook, MySpace, and Orkut grow dramatically to
hundreds of millions in the US, Europe, Asia and Latin America, it
seems that this phenomenon is still in very early infancy in Pakistan.
As of now, there are about 117,000 Pakistanis on Facebook, about
100,000 on Orkut, and a few thousand on MySpace. There are smaller
social networks such as Naseeb.com that have a few thousand… Continue

"The country most likely to trouble the world in 2008 may not be Iran, Iraq, North Korea, Afghanistan or even Israel - it could be Pakistan"…

In his high-profile role as the Chairman of one of Pakistan's largest political parties, there are enormous security threats for Bilawal Bhutto Zardari. In the words of John Giduck, a US security consultant, "The threat level is going to be inordinately high - you are dealing with a young man with an enormous target painted on him. It would take dozens of people and hard assets to keep this man safe". In addition to this security threat, Bilawal is dealing with the loss of his privacy with the… Continue