San Francisco based Cloudcade has announced it will invest $6 million to set up a game development studio in Lahore, Pakistan, according to Venturebeat.

The Lahore studio will be led by Ammar Zaeem, cofounder of Pakistan’s mobile game studio Caramel Tech which already has a team of 50 engineers. The move is a big investment into Pakistan as a tech hub, and it shows how the game business is expanding around the globe.…

Every country needs US dollars to import products because the US dollar is the international trade and reserve currency. Only the United States can print dollars; all others must acquire them through exports and capital inflows like investments, remittances and loans. Pakistan has had serious problems in acquiring sufficient amount of dollars for its needs through trade and investments over the last…

Millions of passionate young men and women enthusiastically voted for Pakistan Tehreek e Insaf led by cricket legend Imran Khan to help PTI win against corrupt dynastic political parties in July 25, 2018 elections. Scores of dynastic politicians lost their legislative seats in this election in Khyber Pakhtunkhwa and Punjab provinces. This election came to represent a generational shift in many…

What conspiracy theories are being bandied about in Pakistani media coverage of general elections scheduled for July 25, 2018? 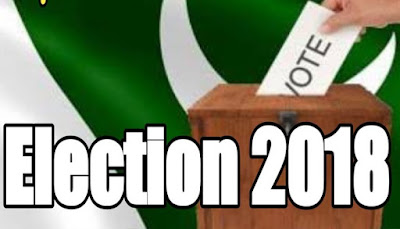 Why are Jang and Dawn, Pakistan's top 2 media…

Pakistani media coverage of the general elections scheduled for July 25, 2018 is dominated by discussion of conspiracy theories about the alleged involvement of Pakistan's "establishment" (euphemism for Pakistani military and intelligence agencies) to "rig" the vote to favor Pakistan Tehreek-e-Insaf (PTI) led by cricketer-turned-politician Imran Khan. Some in the media also accuse the "Deep State"…

"Deep State" AKA "Khalai Makhlooq" vs Trump and Sharif

US President Donald Trump says he is being investigated by the "US Deep State" because he is trying to improve his nation's bilateral relations with Russia.  Pakistan's ex Prime Minister Nawaz Sharif has also made similar allegations of being targeted by "Khalai Makhlooq" (Pakistani Deep State) because of his efforts to make peace with India. …

What will be the impact of tragic terror attacks with mass casualties on Pakistan's July 25, 2018 general elections? How does the current situation compare with the situation in 2013 elections? Will the elections proceed as scheduled?…

Dr. Abiy Ahmed Ali, a former army officer with a doctorate in conflict resolution,  was elected first Muslim prime minister of Ethiopia by the country's ruling coalition in April 2018. Soon after making history, 41-year-old Prime Minister Ahmed used his conflict resolution skills to make peace with bitter rival Eritrea. The most important immediate benefit of this deal for landlocked Ethiopia is access to Eritrea's Red Sea ports. Both nations can now focus on developing their …

Pakistan GDP Growth 1960-2017: How Does Pakistan Compare With China and India?

Taxila University, the world's first known university, was founded in 600 BCE in what is now Pakistan. This university ceased to exist in 500 CE. University of Al Quaraouiyine, started by a Muslim woman in North Africa, is believed to be the world's oldest university that has been in continuous operation since its founding 859 CE.…

1. This decision, like all major decisions that involve national level politicians, will remain controversial as the people will look at this decision from their own perspectives. To Anti-NS folks he was guilty before the trial began, and it does not matter on which charge he is convicted, as long as he is knocked out. For those who support …

Pakistan has seen more than 10-fold increase in the number of non-governmental organizations (NGOs) operating in the country since 911. There is now one NGO per 2000 Pakistanis. A large slice of the billions of dollars in American aid to Pakistan has been funneled through these non-government organizations (NGOs). This has been particularly true since the passage of …

Asia 2025, a US Defense Department Study produced in summer of 1999, forecast that Pakistan would "disappear" as an independent state by 2015.  Since the issuance of this dire forecast, Pakistan has not only survived but its economy has nearly…