A recent study shows that Pakistani-Americans are among 5 most upwardly mobile groups in the United States. Other top most upwardly groups are Chinese-Americans from Hong Kong, Taiwan and People's Republic of China and Indian-Americans.

US Offers Upward Mobility For…

Karachi's Bahria Town being built on the outskirts of Pakistan's financial capital is among the world's largest privately developed and managed cities.  It is spread over an area of a little over 70 square miles, larger than the 49 square miles area of San Francisco. When completed, Bahria Town will house over a million people, more than the entire population of San Francisco.…

Truth is Lived Not Taught 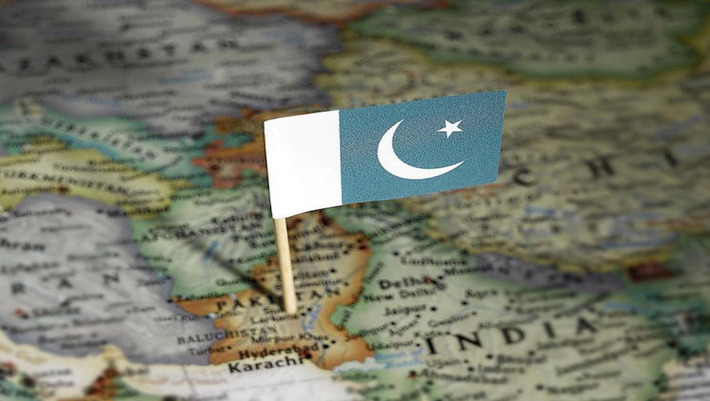 Hermann Karl Hesse was a German born poet, author and painter. He believed that the deity is within a person, not in books or ideas. Almost all of his works explored an individual’s search for authenticity, self-knowledge and spirituality. He acknowledged publicly that the truth must be experienced, not just taught. His books included Siddhartha,…
Continue

Atoms shoes, founded by a young Pakistani couple, has attracted $8.1 million investment, according to media reports. Atoms' investors include Silicon Valley based venture capital firm Kleiner Perkins and Reddit cofounder Alexis Ohanian.  It's the latest success in the…

I had a chance to meet well-known Pakistani journalist Sohail Warraich recently during his visit to Silicon Valley. He was here to record an interview with successful Pakistani-American entrepreneur Osman Rashid, founder of Chegg and Kno.

Sohail Warraich is a senior journalist and… Doctors protest against Medical Teaching Institutions (MTI) act is continued on third day in all over Punjab, today (on Saturday).…

About 200 Pakistani-American and other American investors met at Invest in Pakistan Summit in Silicon Valley on October 3, 2019 at San Jose Sheraton. It was hosted by the Pakistan Embassy in Washington DC. One of the sessions I found interesting dealt with the opportunities presented to Pakistan by US-China technology war sparked by US…

President Donald Trump has made a habit of telling truths that drive the United States establishment crazy. For example, he told Russian officials in a White House meeting in 2017 that he was not concerned about Russian interference in 2016 US elections because the United States did the same in other countries' elections, according to media reports. In a 2017 Super Bowl Sunday interview with Trump, Fox News anchor Bill O'Reilly authoritatively declared Russian President Vladimir “Putin’s a…

Four more patients were lost their lives owing to dengue, the number of deaths rises to 35 this year across the country, out of them 29 from Rawalpindi and Islamabad.

As per details, three fatalities were reported from Holy Family Hospital (HFH) in the garrison city, and another death reported from Karachi Layari's General…

The Election Commission of Pakistan (ECP) on Tuesday has conducted hearing of the foreign funding case against the Pakistan Tehreek-e-Insaf (PTI) after 18 months.

During the hearing of the Foreign Funding Case in the Election Commission, it was informed that the State Bank had informed the Scrutiny Committee about 23 PTI…

The protest held in favour of Kashmiris in Finland, today (on Tuesday).

According to the details, anti-India protest was held in…

Ban on use of plastic bags implemented in Sindh from today

The ban on the use of plastic bags has implemented in Sindh from today, after the provincial government issued a notification.

The Sindh Chief Minister’s adviser on Law, Environment, Climate Change & Costal Development, Murtaza Wahab said, the production, sale and usage of plastic bags is a crime under the environmental laws of the…