Ex Ambassador of Pakistan Mr. Husain Haqqani was interviewed on October 22, 2016 by Talk4Pak team's host Faraz Darvesh on his views on India-Pakistan relations. 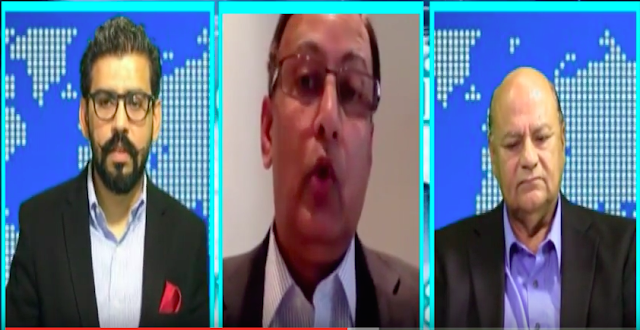 Why is Modi Sponsoring Terror in Pakistan?

There is substantial direct and indirect evidence now emerging that shows India is a state sponsor of terrorism in Pakistan.

On the one hand, the Modi government is funding the Teheek--e-Taliban Pakistan (TTP), various Baloch insurgent groups, MQM militants and other groups to terrorize Pakistanis. On the other hand, it is accusing Pakistani government of sponsoring terror in Kashmir and demanding action against Kashmiri support groups headed by Hafiz Saeed and Masood Azhar. It… Continue

Pakistanis Have Greater Empathy Than Neighbors

A Michigan State University (MSU) study of 63 countries finds that Pakistanis have higher empathy for others than people in their neighboring countries. It also finds that the United States is among the most empathetic nations in the world.

Has India succeeded in framing the Kashmir issue as "Cross-border terrorism" rather than a genuine grass-roots freedom struggle of Kashmiri people?…

Indian Prime Minister Narendra Modi's threats of war and Pakistan's isolation have failed to deter investors as KSE-100 index made new highs this week.  The key index of Pakistani shares closed at an all time high level of 41,412.04 points this week. Pakistan shares index has continued to outperform all regional and emerging market indices over the last 5 years.

Last year, India's ex foreign secretary Sujata Singh bitterly complained about negative stories "planted in the media" by the Modi government to "tarnish" her reputation as part of the campaign to force her resignation. "The commentary that I have seen over the past two days has pained me deeply. I believe it was not necessary to get low and dirty," she said, according to India's …

The increase in remittances from …

China-Pakistan Economic Corridor (CPEC) is expected to add over 2 million direct and indirect jobs to Pakistan's economy and boost the country's GDP growth rate to 7.5%.

In 2013, 869 women became victims of “honor killings” in Pakistan, according to Canadian Professor Judy Haiven. Compare this to the United States, where 1600 women were killed by their male partners or husbands in the same year, according to …

What Do Trump and Modi Have in Common?

Why is the Hindu Right excited about the Trump candidacy? Why are they openly supporting Trump for President? What do Trump and Hindu Nationalists have in common? Let's explore answers to these questions.…

Rise of Gated Communities in Pakistan

Real estate developers have so far built over 250 gated communities across Pakistan in response to rising demand from upwardly mobile Pakistanis.…

What If There's India-Pakistan Nuclear War?

Did India really carry out what it claims were “surgical Strikes” across the line of control in Azad Kashmir?…

In August this year, …